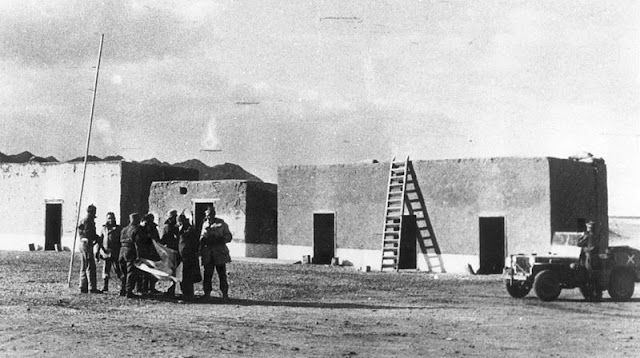 No one claims that there was more than one village there, Umm al-Rashrash so we immediately see the lie.
According to Zochrot, which claims to catalogue all of the “depopulated Palestinian” towns, it had a population of 50. It has several photos of the area, all taken by the Israeli Palmach on March 10, 1949, the day it was conquered: three mud huts that comprised the British police station in the area and photos of the IDF raising a hand-drawn Israeli flag on top of the same British police station. 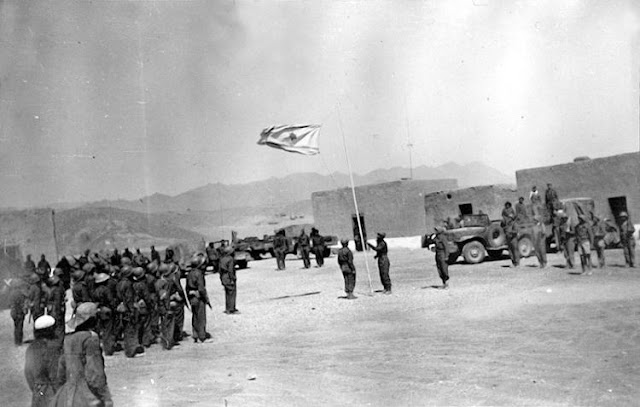 The British police station was empty when Israeli forces took it. Transjordan claimed a skirmish between Israeli troops and its forces near Aqaba, but apparently they hugely exaggerated a couple of pot shots taken by the Jordanians when a patrol hastily withdrew from the area which was never within Transjordan’s borders.
Where was the village and the villagers?
I cannot find any photos of them. I can’t even find evidence that such a village existed at the time.
Accounts of Israel’s Operation Uvda, the last ditch effort to control the Negev before permanent borders were drawn, do not mention any village or Arabs leaving the area.
Wikipedia mentions evidence of people living there in the 7th millenium BCE and during the Umayyad reign, but nothing between then and the building of the British police post there.
Eduard Rüppell, a German explorer, drew a detailed map of the region in 1822 and showed no village where Umm al-Rashrash had been.

The Wikipedia page of “List of towns and villages depopulated during the 1947–1949 Palestine war” says the village had a population of 46, and it bases this (and all other statistics on the page) on Salman Abu Sitta’s 2010 Atlas of Palestine.
The Abu Sitta Atlas, in turn, says that its detailed list of villages is based on the British Mandate government’s publication Village Statistics. Jerusalem: Government Printer, 1945 and a 1970 PLO publication, Sami Hadawi, Village Statistics 1945, A Classification of Land and Area Ownership in Palestine, With Explanatory Notes, Facts and Figures No.34. Beirut: PLO Research Center, September
1970.
The original Village Statistics does not mention Umm Rashrash. Here is what ist says about the population of every village in  the Beersheba (Negev) District from 1945: 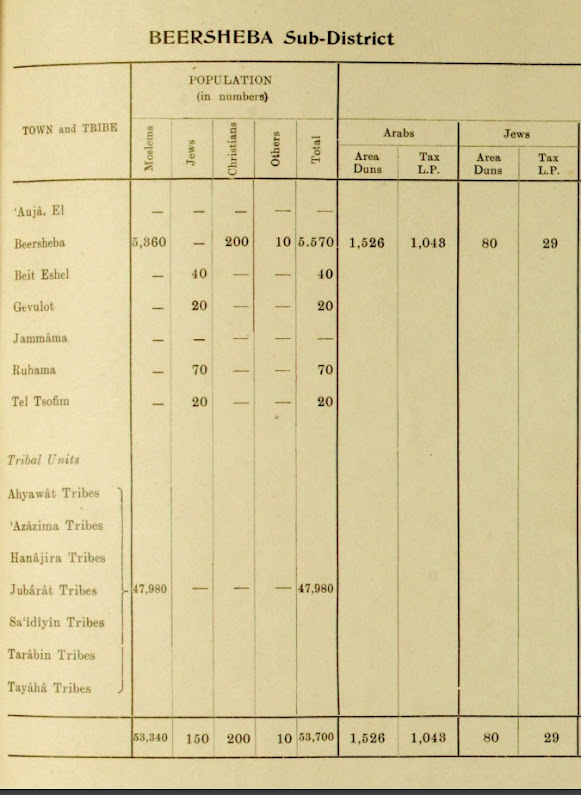 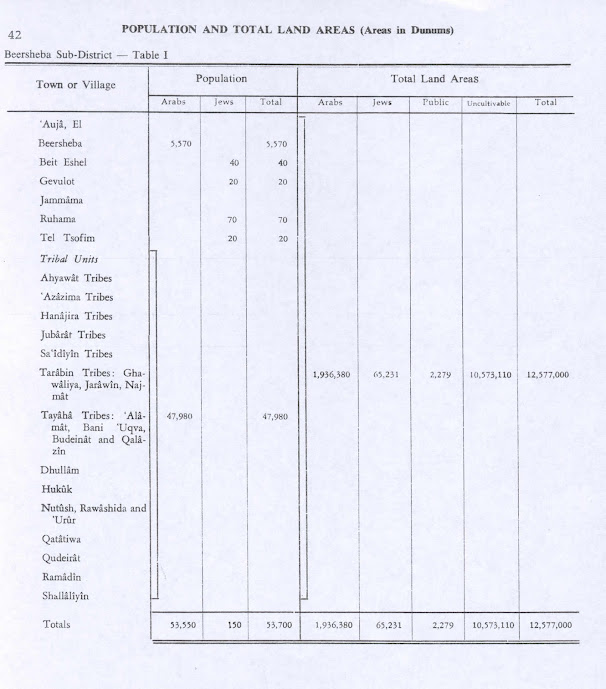 While there are over 47,000 Bedouins in the Negev, there is no indication whatsoever of any settlement in Umm al-Rashrash.
Abu Sitta’s own table said that there was a population of 38 – among various other purported Negev villages with the unlikely coincidence of exactly the same number of people. 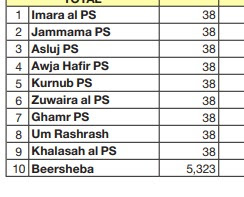 It is hard to escape the idea that most of these statistics – and even communities – are simply made up.

Israel Magazine  1974: Vol 6 Issue 3 has an article about how important the Negev was to David Ben-Gurion, especially access to the Red Sea. It describes Umm al-Rashrash as three mud huts – the same huts used by the British police (including their living quarters.) It described the area as “a place usually avoided even by desert dwellers.” 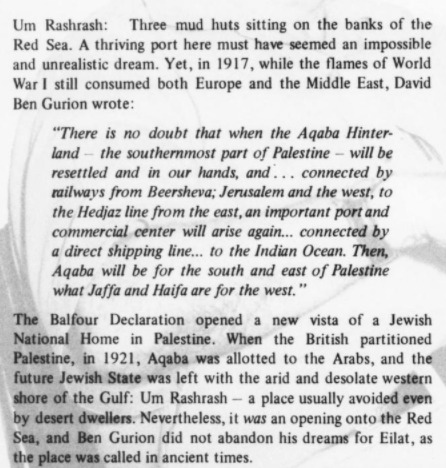 British Lieutenant-General Sir John Bagot Glubb, fretting over the possibility of Israel gaining a foothold at the Red Sea, described the entire area as a “purely tribal area,” – meaning, no permanent villages. (Quoted in Benny Morris’ Road to Jerusalem.)
I’ve seen some sources say that Umm al-Rashrash was a place for Egyptians to rest on their way to Mecca for the Hajj pilgrimage, and that it was also called Bet El Hujaj (House of the Pilgrims.) But I cannot find any source for an actual permanent village in Umm al-Rashrash in the 20th century before Israel built Eilat there.
If I’m right, then how many of the hundreds of Arab villages supposedly destroyed by Israel have been made up or exaggerated?
If anyone can find evidence of this village that Israel supposedly depopulated, let me know. I’ll happily update this.
(h/t Jim W)