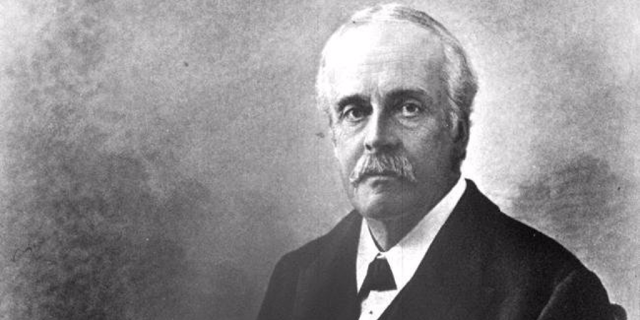 This article in Egyptian Streets is sort of mind-blowing:

Contrary to widespread belief, in 1917, and for over a decade after that, the Balfour Declaration was not seen by most Egyptian intellectuals as a sentence detrimental to the Palestinians. Interestingly enough, some Egyptian Muslim & Christian families held parties to celebrate the declaration. Telegrams of gratitude were sent to Lord Balfour such as the then-Governor of Alexandria Ahmad Ziour Pasha, a Muslim.
“The Governor of Alexandria Ahmad Ziour Pasha – later Prime Minister of Egypt – went to a party in the city celebrating the Balfour Declaration, that culminated in their sending a telegram to Lord Balfour to thank him,” according to Leila Ahmed in “A Border Passage”.
A delegation of leading Muslims and Christians traveled to congratulate the Jews of Palestine. Many Egyptian Zionist leaders were also Egyptian nationalists and fully committed to the cause of independence from Britain.
Egyptians support of the Balfour Declaration lasted beyond 1917. The Grand Sheikh of Al Azhar officially hosted Chaim Weizmann in 1918, co-author of the draft of the declaration submitted to Lord Balfour, when he visited Egypt on his way to Palestine. The Grand Sheikh have allegedly made a donation of 100 EGP to the Zionist cause. Weizmann’s cultivation of regional support for the Zionist movement extended to his efforts with the rulers of Hijaz where he executed an accord with Emir Faisal endorsing the Declaration.
The Hebrew University was one of the early dreams of the Zionist movement, in 1918 construction commenced. Ahmed Lutfi el-Sayed, the renowned Egyptian nationalist, political leader and first director of Cairo University joined the celebration for the grand opening of the Hebrew University in 1952.
Also, in 1944, Taha Hussien, one of Egypt’s most influential literary figures also visited the Hebrew University.
As the Jewish migration to Palestine continued, tensions between the Palestinians and the migrant population also increased. The hardline Zionists, referred to as Revisionist Zionists, a political movement which emerged from the struggle for the Jewish homeland, and early Islamists such as Mufti Husseini, the mufti of Jerusalem, played a large part in whipping up mutual resentment, fear and anger.
These tensions culminated in the 1929 Palestine Riots in late August with the massacres of Jews in Hebron, Safad among others.
The reaction in Egypt remained decidedly pro Zionism well into the first half of the 1930’s, the Government reportedly banned the word ‘Palestine’ from Friday prayers, according to the Leila Ahmed.
The Wafed Government shutdown the sole Palestinian publication with the charge of being pro Palestinian propaganda. Zionist newspapers and magazines continued to operate freely well into the late 1940’s, according to Awatef Abdel Rahman.

The article goes on to claim that while refugee ships from Europe during the Holocaust were routinely turned back by Western nations, Egypt welcomed them. I have no idea if this is true.


….Yad Vashem, other memorials and Holocaust history in general, offers no special recognition of the role that Egypt and Egyptians played in saving the lives of Jews. A disgusting byproduct of the recent rise of anti-Semitism in Egypt with the wide circulation of books by Holocaust deniers states that few Egyptians are even aware of this important history that Egypt and all Egyptians should be proud of.

This seems incredible. If true, this should all be publicized.