Saudi Arabia ramped up its campaign against Iran’s growing influence in the Arab World Sunday by persuading most of the 22 member states of the Arab League to condemn Iran’s Lebanese ally, Hezbollah, as a “terrorist organization.” 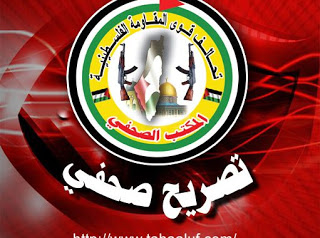 Islamic Jihad and the PFLP explicitly denounced the Arab League as part of this “coalition.” When this alliance was founded in 1993 in Damascus, it included 10 terror groups including Hamas, the DFLP, PFLP-GC, as-Saiqa, Fatah al-Intifada, the Palestinian Liberation Front (PLF, Abu Nidal Ashqar faction), the Palestinian Popular Struggle Front (PPSF, Khalid ‘Abd al-Majid faction) and the Palestinian Revolutionary Communist Party (PRCP). It is unclear who them members are today, and indeed it looks like the organization exists only on paper.

As of this writing, I have not seen official Hamas or Fatah reaction to the news. Their media have largely ignored the news because they know it puts them between a rock and a hard place. They know that whoever’s side they choose means losing financial support from the other.

Everything is about financial support.

But it seems clear that given a choice, Palestinian terror groups are more ideologically aligned with Iran over the Sunni coalition. Unlike the shift of attitudes towards Israel in the Gulf, the Palestinians instinctively choose whomever.is more anti-Israel.

Which is a very basic reason why there is no peace today, and why the Gulf countries have been increasingly impatient with the Palestinian cause.