Israel closed the Temple Mount for less than 48 hours after terrorists used weapons that were hidden there to kill two Israeli soldiers. During that time the police searched the complex for more weapons, and it found knives, chains, clubs and other materials. 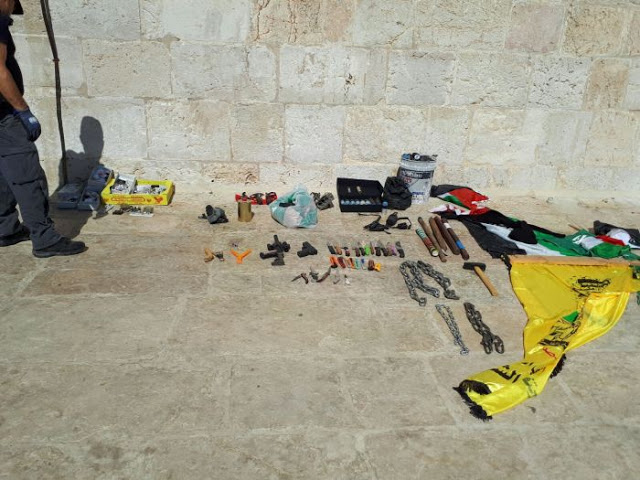 Today, the Waqf issued a preliminary assessment of that search – a search that originally spawned rumors that religious Jews were ransacking the area and setting it up for a third Temple.

Reluctantly, the Waqf concluded that there is no evidence that the Israeli police actually took anything. Historical records and manuscripts were left intact.

But it is outraged anyway that there was damage done in the course of the search.

For example, lockers at the mosque were opened and their locks smashed: 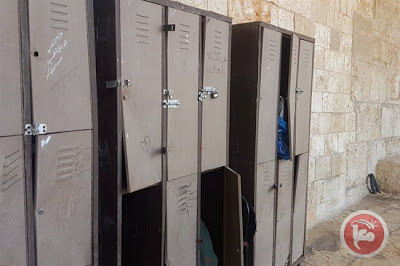 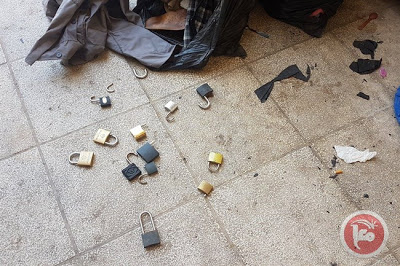 Using the mosque as a weapons depot isn’t a violation of the sanctity of the mosque. Searching for those weapons – is.