Here is a map showing every location of Jewish communities throughout Judea and Samaria, showing how the “settlements” are spread throughout the entire area and how difficult it would be to remove them: 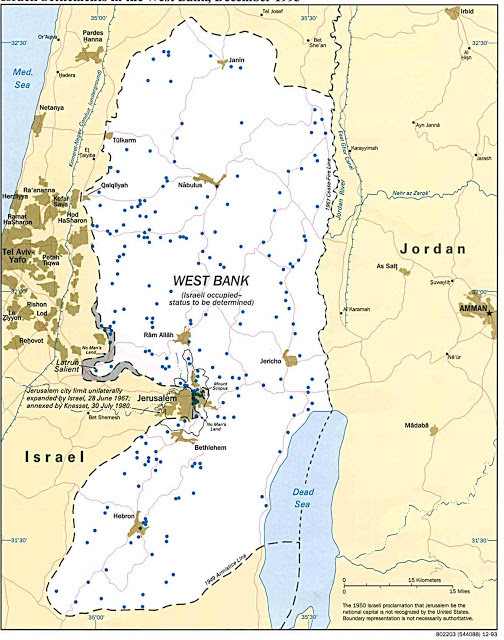 It sure looks like there is no chance for a two-state solution, doesn’t it?

Except that this is a map from 1993, when the Oslo process was just starting!

Here is a map from 2015 that shows the same thing:

If you superimpose the new map over the 1993 map, you see that not much has physically changed in the last 20 years: (In fact, the 1993 map includes communities not shown in the newer map!)

If the settlements weren’t an “obstacle to peace” in 1993, when the peace process started….

Clearly in any two-state peace plan some of these communities would have to be dismantled. It would have been necessary then and it would be necessary now (unless Palestinians decide to give Jews the right to stay in their own homes in their state, which they have repeatedly said they would not.)

The myth of “expanding settlements” is the single biggest lie in conflict, and it is one that is repeated ad nauseum by top US, European and UN officials as settled fact. That’s why they always use population figures instead of amount of hectares of space taken up by Jewish communities – because those actual numbers don’t fit the narrative of Israel destroying the chances for peace.

If peace was possible in 1993, it is now. If it wasn’t then, it isn’t now. Nothing fundamental has changed – except the amount of demonization of Israel by her supposed “friends.”

The people who blame Jewish settlements for the lack of peace – while ignoring the Second Intifada, and the “knife intifada,” and constant incitement to murder Jews, and every PA map that erases the Jewish state – are hypocrites and liars. And that includes Barack Obama, John Kerry, and nearly every Western world leader.
_______________________________

If you have patience, here are two B’Tselem maps, one from 2002 – right after the Clinton parameters that Arafat rejected – and one from 2011. See how much these Jewish communities have supposedly grown. Graphics design experts may want to show the actual differences in the size of Jewish communities over the time period. (I wish I had the skill to do that.)

In actuality, the answer is very little. The communities took about 2% of the land over the Green Line then and they still do. 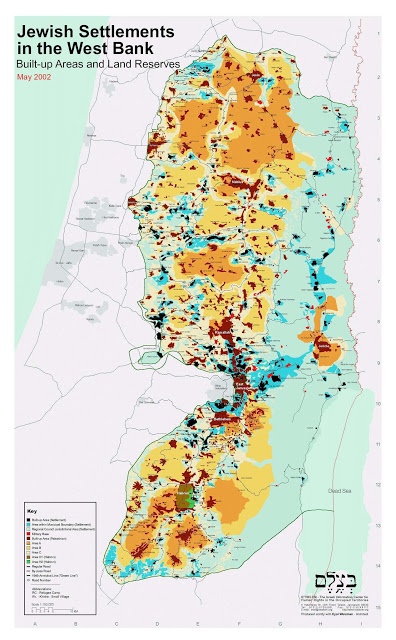 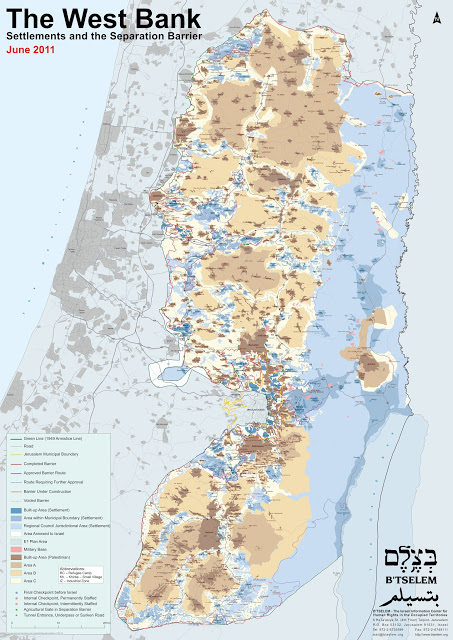