This is by far the funniest story coming out of the Middle East in recent months:

Gargash made the remarks in a letter written Sunday and made public Wednesday on the UAE Ministry of Foreign Affairs and International Cooperation’s website.

The four-page letter was addressed to United Nations High Commissioner for Human Rights Zeid Ra’ad Al Hussein, as a rebuttal to the UN Special Rapporteur’s statement on June 30, that recent demands to close Al Jazeera breached rights of freedom of expression.

Gargash defended demands to close the network by explaining that, “Freedom of expression cannot be used to justify and shield the promotion of extremist narratives.”

The letter itself, which is on the official UAE Ministry of Foreign Affairs website, says:

I have noted with dismay your spokesperson’s press briefing on 30 June, and the statement of the Special Rapporteur on the promotion and protection of the right to freedom of opinion and expression on 28 June, pertaining to “the demand that Qatar close the Al Jazeera network”. I would like to take this opportunity to highlight examples of Al Jazeera’s ongoing editorial support for terrorist groups, as well as cases of incitement to violence, on-air promotion of sectarianism by Al Jazeera journalists, and the promotion of anti-Semitism in its programs.

…Finally, Al Jazeera has promoted anti-Semitic violence in its programming. It has given a television show (Sharia and Life) to the spiritual leader of the Muslim Brotherhood, Yusuf AlQaradawi, and has broadcasted his sermons. He has described the Holocaust as “divine punishment” during which “Hitler… put [the Jews] in their place.” [8]

The letter includes this footnote, showing that this Arab nation seems to rely on MEMRI for its translations:

Suddenly, a leading Arab Gulf state is a defender of the Jews!
The total number of Jews who live in the UAE is approximately zero.
Every year, it holds a book fair which features explicit antisemitism:

The fair pro­vided sev­eral grants and awards in var­i­ous fields of lit­er­a­ture. In the past, it report­edly gave a grant to Gilad Atz­mon to trans­late his anti-Semitic book “The Wan­der­ing Who,” into Ara­bic.

UAE newspapers have compared Israeli actions to the Holocaust and accused Israel’s founders of imitating Hitler.

As recently as this year, editorial cartoons in UAE media depict Israelis as hook-nosed stereotypical Jews. 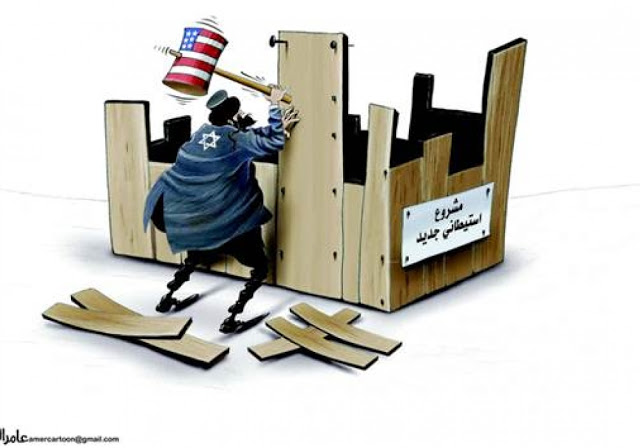 The UAE is not as antsemitic as other Arab countries but it has never fought antisemitism in its own borders. But suddenly, it finds it convenient to pretend to love the Jews when it is politically expedient.

To the UN, another institution that promotes antisemitism under the guise of being “pro-Palestinian.”

We truly live in interesting times.