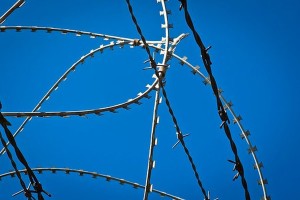 Geneva, January 31 – Officials at the United Nations Relief and Works Agency for Palestine Refugees disclosed today that they are lobbying various governments to support an expansion of the organization’s mandate beyond serving Palestinians to include migrant workers who entered Israel illegally and were then deported, plus their descendants, until that, population, too, can be resettled in Israel.
UNRWA Director-General Pierre Krahenbühl told reporters the agency had ambitious plans that go beyond the decades-old mission it has pursued since 1949, and which accords unique treatment to Palestinian refugees in comparison to those fleeing other conflicts: whereas the UN High Commissioner for Refugees focuses on resettlement of refugees outside the conflict zone, UNRWA is charged with maintaining Palestine Refugees as stateless dependents of the international community pending a “return” to homes that no longer exist, in what is now Israel. Krähenbühl explained that treating deported illegal migrants the same way would simply be a logical extension of the organization’s existing activities.
As UNRWA faces funding shortfalls amid a diplomatic row between the US and Palestinians, the agency has sought alternative funding sources, and has formulated a strategy to that effect. “Much has been said about the unique, even discriminatory, treatment accorded to Palestine Refugees,” he remarked. “But many Palestinians depend on UNRWA not just for education, medical care, and food, but for jobs. Calls to fold UNRWA into UNHCR and have Palestine Refugees treated as other refugees would deprive these millions of Palestinians of their lifeline and birthright. Now, we are aware that no other refugee populations are considered as having a ‘birthright’ to return to their ancestral lands, and UNHCR doesn’t keep them stateless and dependent. It also, unlike UNRWA, doesn’t define as a ‘refugee’ anyone except the persons who fled or were driven from the conflict, and not their descendants in perpetuity.”
“But while the idea of folding UNRWA into UNHCR is a non-starter, we have proposed the opposite: give all refugees the same privileges, funding, and promise that UNRWA does for Palestinians, and including deported migrant workers in the definition of ‘refugee,'” continued Krähenbühl. “In other words, fold UNHCR into UNRWA. Obviously such an ambitious program will take years to implement, and we have therefore proposed a pilot involving only migrants who entered Israel illegally or who overstayed their visas and were expelled. We can provide for them as we have provided for generations of Palestine Refugees, and I am confident we can count on Jordan, Egypt, Syria, Lebanon, Iraq, and other Arab states to provide hospitality for untold generations of this new population of refugees, until such time as they, too, can reenter Israel, as opposed to going where they originally came from, or some third country.”
Critics of the proposal noted that funding for such an ambitious expansion of UNRWA remains in the realm of fantasy. “I don’t see this lasting beyond the pilot,” predicted Ken Roth of Human Rights Watch. “But I’m fine with it that way, actually, because, like BDS, there are some things that you just have to see as universal values but then only insist are important when Israel is involved.”