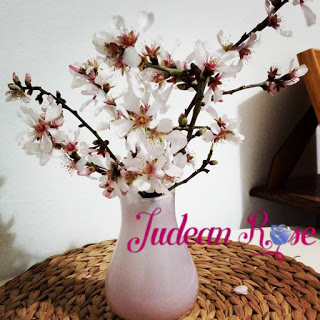 The almond trees are blooming in Israel, right in time for Tu B’Shvat, the new year of the trees. I like to bring a flowering branch into my home where my family can see this visible reminder of the holiday. Out of doors, it’s fascinating to watch the hillsides break out in spring-like blossoms in the dead of winter. It’s so cool to live in Israel and watch the way the seasons unfold according to the Jewish calendar.
I appreciate this blessing even more after having just returned from a trip to the States. It was lovely to see my hometown. I got a kick out of seeing this gold filigree reindeer on someone’s lawn: 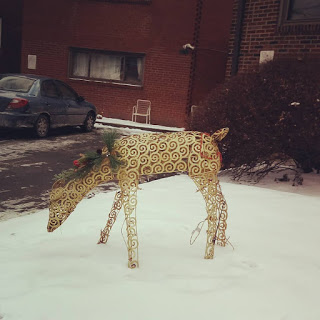 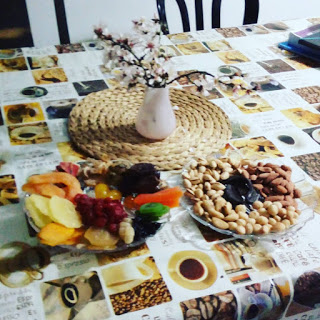