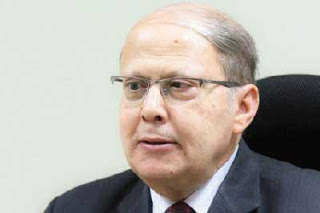 The murder had already been praised by Hamas and by Fatah’s military wing.

In this article, Abdel Halim Qandil says that no Arab leader had done anything to fight against Israeli actions. Fatah and Hamas and Arab national leaders were all mute about Israel’s actions until this brave young man murdered a 70 year old man and his two children:


The response came from a young man, no older than 18, Omar al-Abd. He was not known for religious extremism, and there was no suspicion of him belonging to any faction of jihad. On that day, an immediate response was made, and with one individual, a “balance of terror”, was created with an occupation army claiming to be invincible….He went to what he planned with God. The new Palestinian icons, the new title of the movement of new generations of Palestinians, have lost confidence in their leaders and the inherited factions, and took the cause of their people into their own hands, and triggered a new Palestinian popular uprising…

I believe that this article may violate the 2006 UK Terrorism Act:

Qandil is calling a terrorist a hero, and as such his words being published in the United Kingdom seem to violate this law.

Qandil is Egyptian, a Nasserist activist and newspaper editor.