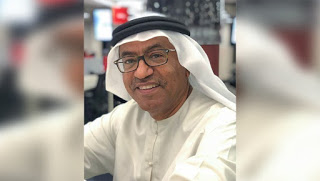 The past few days have witnessed the beginning of a new Hijri year, a new Hebrew year, a new Ethiopian Orthodox year, and in stable communities of followers of the three heavenly religions, touching the splendor and beauty of tolerance and good coexistence.

In our region, for the past forty years, many societies suffer from terrorism, extremism and violence, fueled by sectarian tendencies, since the establishment of the Tehran mullahs, in which they found the greatest support. We witnessed the sectarian epidemic in Iraq, Syria and Lebanon and when they tried to export it to Bahrain, Kuwait and Saudi Arabia, their terrorist schemes failed.

Today in brotherly Yemen,  people suffer from the horrors of the Houthi militias, a coup d’état of Iran, after it turned on the project of building the new federal state agreed by the Yemenis in their national dialogue…

The Houthi coupists began their alliance with the “mullahs of Tehran” and their stronghold in Sa’ada to systematically expel the Jewish community. They launched a brutal war of extermination against their Sunni compatriots in Marran, rupturing the fabric of hundreds of years of coexistence and tolerance.

The article does not mention the word “Israel,” but some Arabs are concerned that this article is a precursor to better relations between the UAE and Israel.

In a report that could be regarded as a prelude to what is to come, especially after the reports that revealed a great rapprochement between Abu Dhabi and Tel Aviv, Al-Ittihad claimed that the Hebrew year that coincided with the new Hijri year is an example of tolerance and coexistence.

Observers confirmed that the report included normalization values ​​with the occupation state when promoting it as a model of coexistence and tolerance. It is far from that, not because it occupies another people or territory, it oppresses the Palestinians, but because Tel Aviv is an entity based on racism and discrimination among Jews themselves Where Ashkenazi Jews are “Westerners” and Sephardic “Oriental” Jews.

The response article goes on to say how racist Israel is, of course. Yet the original article didn’t even imply that Israel was tolerant.

Just the idea of saying that Jews should be tolerated is so radioactive in the Arab world that anyone who espouses that tolerance is automatically labeled a Zionist.

Which, incidentally, is proof that Arab anti-Zionism really is antisemitism.

It should be pointed out that in this case, it is entirely possible that the state-controlled UAE media really was trying to soften up its people to the idea of tolerating Israel as well as Jews as allies in its conflict with Iran.