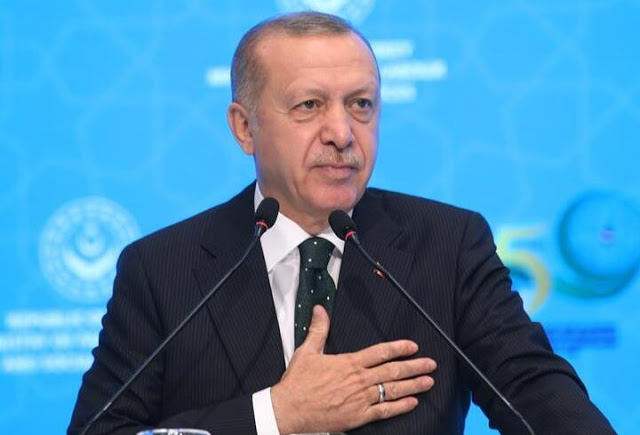 Speaking at the opening of the Organization of Islamic Cooperation (OIC) Ministers of Social Affairs Summit in Istanbul, Erdoğan criticized Macron for using “Islamic terrorism” at the NATO Summit held in London.

“Here at the last NATO Summit, the president of France is talking about Islamic terrorism. How many times have I told him, Islam literally derives from word of ‘salam’ and its meaning [in Arabic] is peace. How do you combine peace and terror with the expression of Islamic terror? There’s no such a thing,” Erdoğan said.

He said something similar a few days ago.


A Muslim cannot be a terrorist and Islam does not produce terrorists, the Turkish president said on Dec. 5, once again rejecting the term “Islamic terrorism.”

His logic is blinding.