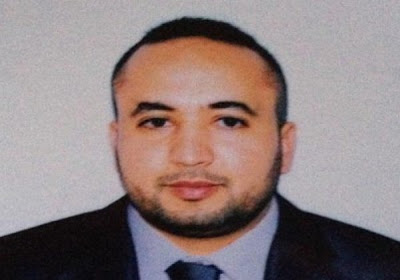 Today’s unreported Arab antisemitism comes from a Tunisian writer, Sufian Ben Hassan, who writes in Al Watan Voice that the tiny amount of remaining Tunisian Jews are in fact the enemy of all proud Arab people.

He starts off by saying that the fact that so many Tunisian Jews left the country in the years after 1948, many to Israel, is proof positive that they were all really pro-Israel and anti-Arab all the time. The idea that the Tunisian government issued anti-Jewish laws after independence in 1956 and destroyed synagogues and Jewish cemeteries clearly is not a factor to Ben Hassan, who insists that the Tunisian Jews were always treated with full respect.

But what really gets Ben Hassan’s blood boiling is the recent controversy over a Jewish French Tunisian comedian, Michel Boujenah, who was invited to perform at the International Festival of Carthage last month. Tunisian labor unions and and some prominent political figures were against his performance because he is pro-Israel, and at least one Tunisian Jewish community leader criticized those who were against his performance.

That fact is what Ben Hassan, in the tradition of all antisemites, uses to claim that all Tunisian Jews are therefore really little more than Israeli spies fighting against the nation that has treated them so well. “[The Jews] who remain today have strong ties to the enemy” he writes. even while he protests that he is not someone who groups all people in one bucket,  he calls all Tunisian Jews “a poisoned dagger in the hands of the enemy.”

One of the ironies of Jew-haters is how they explicitly show their hate while at the same time protesting that they are not at all bigoted.

Notably, the protest against Michel Boujenah failed badly. Some 50 people screamed insults at the Tunisians who attended the performance, which was to a full house of 600 fans.

“A performance of shame,” shouted some 50 protesters outside the tightly guarded Carthage Museum. “Tunisia for all,” others retorted in support of the event’s host, Tunisian-born French come­dian Michel Boujenah.
Boujenah, one of the thousands of native Tunisians with Jewish origins, became a controversial figure in his homeland after mak­ing statements in support of Is­rael. When it was announced that Boujenah would perform at the International Festival of Carthage this year, the event drew an un­precedented level of controversy and many called for it to be boy­cotted.
The show, titled “Ma vie Rêvée” (“My Dream Life”), ended up sell­ing out, with many Tunisians ral­lying around the comedian’s right to express himself freely. Despite the presence of protesters outside the venue, Boujenah’s perfor­mance July 19 proceeded with few disturbances.
“I love you,” Boujenah said to the crowd near the end of his performance. “Tunisia is a small country without oil resources but it is a big nation with its people.”

More than 600 people attended the show. Some introduced them­selves to The Arab Weekly as de­voted fans of the stand-up comic. Others said they came to honour Boujenah and show their solidar­ity.
Not everything was peaceful and heartening. Regardless of the attendees’ intentions, they were subjected to a barrage of insults from dozens of angry protesters outside the venue.
“Zionists! Traitors,” demonstra­tors shouted as police tried to keep them at a distance.