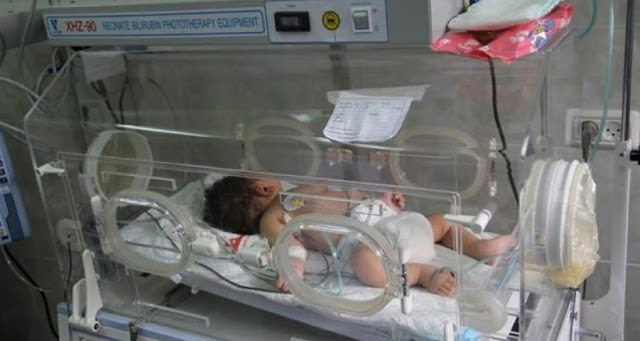 Yesterday I noted a Haaretz article about how Mahmoud Abbas’ Palestinian Authority has essentially shut the door for Gaza medical patients to be treated in Israel.

Today, the Gaza Health Ministry announced the death of 9-month old Ibrahim Samir Tubail as a direct result of his not being able to travel to Israel for treatment.

He had a type of fibrosis.

Two other babies, both with heart problems, also died in the past 24 hours in Gaza after being denied permission to go to Israel for treatment by the PA.

According to Al Quds newspaper, 12 patients have died in Gaza this year from being denied permission to leave the sector. Six of them were children. 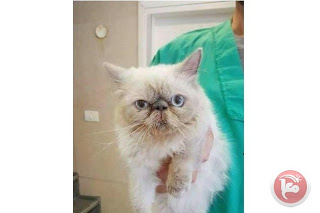 But a Ukrainian doctor who lives in Gaza, married to a Palestinian, managed to get her rare Persian long-haired cat to Israel for treatment who broke her jaw from a fall.

After she couldn’t find any veterinarians in Gaza, Tatiana Zaqout contacted the  Brigitte Bardot animal foundation who eventually connected her with Israeli pet experts who helped her arrange for the transfer of her cat, Sonia, to Israel.

Sonia’s treatment is costing about $3000 and Zaqout is raising the money to pay.

Sonia is the daughter of “Bessie” and…”Vladimir Putin.”

The babies dying in Gaza don’t get as much consideration as a cat.