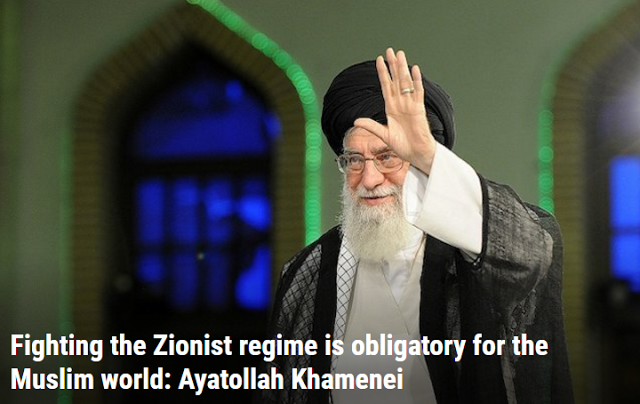 In it, he reiterates his opposition to Israel, but unlike how the Western media usually portrays it, his speech was in purely religious, and not political, terms.

He stated,  “Palestine is the first important issue of the Muslim world. According to the Islamic Fiqh (jurisprudence), when an enemy dominates Muslim lands, Jihad is the duty of all, in any form possible. Today, the fight against the Zionist regime is obligatory for the Muslim world. Why do some abandon this job?”

Arabs aren’t impressed with Khamenei’s religious ruling. In response to his tweet, one answered this way:

Your troops are in Syria killing Muslims. They are a short way from Israel. If you want to fight them use Google maps to show you the way.

The full version of his speech should be posted soon.