In the light of the recent controversy over the “P is for Palestine” book for kids, here is a real Palestinian alphabet poster – in Arabic – designed in 1985. 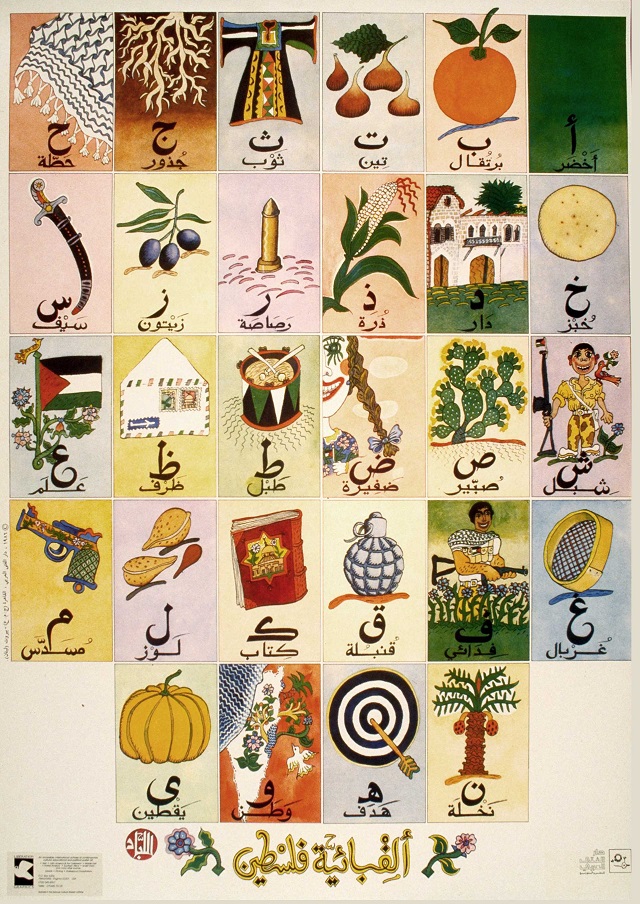 Here are some of the specifics that Palestinian leaders wanted to teach their kids: 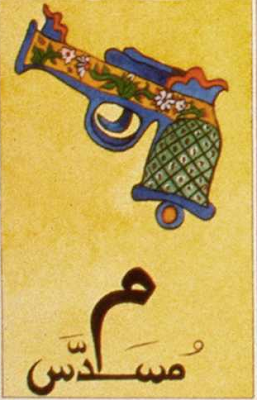 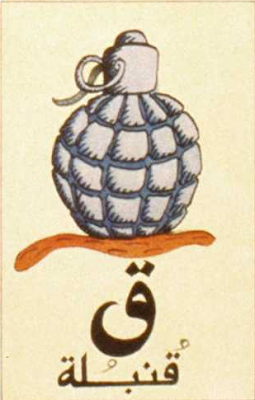 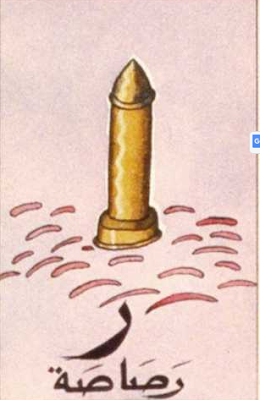 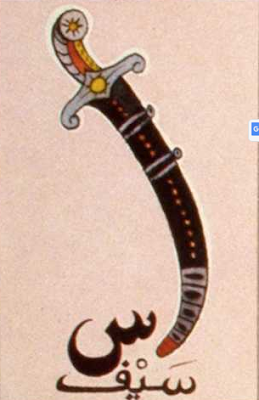 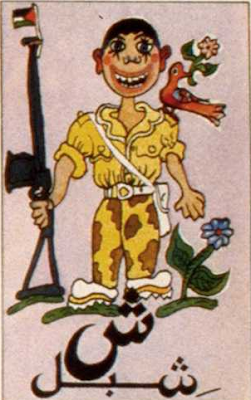 “Shin” (Sh) is for Shibl = lion cub, but in the vernacular always means child fighter 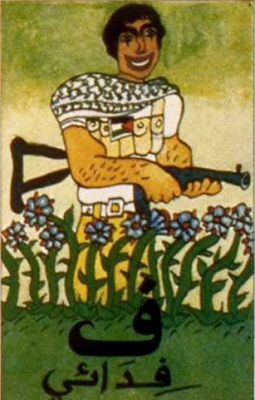 “Fa” (f) is for fidai (pl. fedayeen) – guerrilla fighter
The designer was Mohieddin Ellabbad, an Egyptian graphic artist who was hired by Dar El Fatah El Arabi, a publishing house for children that was an arm of the PLO’s cultural program Dar El Fatah. The entire point of Dar El Fatah was to ensure that Palestinian children grow up with the same revolutionary ideals of the PLO.
Ellabbad’s boss was Nabil Shaath, currently the spokesperson for Mahmoud Abbas.
Violence is in Palestinian DNA.
(h/t Irene, Ibn Boutros)