I reported on Tuesday about an academic paper that accused Israel of “veganwashing,” meaning that Israel is so obsessed with its “occupation” that it will embrace liberal causes like LGBTQ rights or veganism in order to distract people from thinking about Palestinians.

This is psychological projection. Palestinians want the world to only think about “occupation,” so much so that they will hang everything they do on publicizing that.

Enter the Palestinian Animal League. Its ostensible purpose is to promote animal rights in the territories, with programs to  try to stop Palestinians from abusing donkeys (which are often beaten) and helping take care of stray dogs (which they suggest could be deliberately released by Israel.)

In reality, the PAL is just another cog in the machine of anti-Israel incitement.

PAL provides English-language tours for Western animal lovers called “Vegan Tours in Palestine.” Here is their entire description of the goals of these tours:

– Meet Palestinians and get the chance to learn about initiatives of resistance to the Israeli occupation and the colonization of the land;
– Learn about the solidarity movement with the Palestinian people;
– Discover the natural beauty of this land, the culture and the delicious Palestinian cuisine, which is very vegan-friendly.
– Support the local economy that suffers immensely from the occupation.
– Share what we you see and experience here with your own communities, and explain the Palestinian struggle for liberation and self-determination where the voices of Palestinians cannot be heard.
– Get an insight on vegan-washing, i.e. the use of the animal rights movement in Israel to improve Israel’s image and to distract attention from the Israeli violations of both human rights and animal rights.

Not one goal about raising awareness on animal rights issues in the territories. The entire purpose is political, to get international vegans to hate Israel. 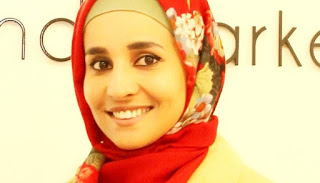 This goal is not only seen from the “Vegan Tours.” The director of PAL, Ahlam Tarayra, spoke at the animal rights EACAS Conference 2019 which took place at Universitat Pompeu Fabra in Barcelona earlier this year.

She didn’t talk about the work PAL does or the challenges they have in changing Palestinian attitudes towards animals. She instead spoke about how Israel is responsible for Palestinian bigotry and intolerance!

In an article she wrote for This Week in Palestine, she explains her theory:

Coming out as a homosexual is almost impossible in Palestine…it is important to underline how the Ottoman rule and the prolonged Israeli occupation have hugely contributed to remarkably emphasizing various forms of oppression that permeate a cycle of violence, which is a fundamental obstacle in Palestine’s efforts to develop into a broad-minded society that acknowledges that all oppressive institutions (racism, sexism, homophobia, transphobia, ableism, xenophobia, classism, and speciesism) are interconnected and cannot be examined separately.

Palestinian intolerance for every major liberal cause is not the result of their own culture, according to this theory – but because of Israel.

I suppose that the same intolerance in other Arab societies are somehow Israel’s fault as well, but the intersectional theorists like Tarayra haven’t yet figured out exactly how.

What is clear is that Palestinians are never responsible for their own shortcomings – it is always Israel’s fault.