Know Thy Heritage is a program for Arabs of Palestinian descent in the West which  “seeks to empower Diaspora from around the world by offering opportunities to become actively involved in the movement for a vibrant and flourishing Palestine.”

One of its programs is “Know Thy Heritage (KTH) Leadership Program to “Explore and Live Palestine” [which] offers Diaspora Palestinians aged 18-30+  the opportunity to strengthen their knowledge of their Palestinian identity, culture, history, and traditions, as well as their understanding of Palestinian economic, political and social conditions. Over the course of a two and a half week educational tour, our KTHers bear witness to the lives of their fellow Palestinians, learning about their challenges, their struggles and their successes, but most importantly, about how to get involved in our movement.  For many of them, this is the first time they have ever set foot in the land of their ancestors. The KTH journey is a life-changing experience that has a deep and lasting impact. “

Sound familiar? Yes, this is a direct copy of Taglit Birthright for Jewish youth.

KTH is supposedly planning their next trip to Judea and Samaria in July. Its Twitter account has not been updated in nearly a year. 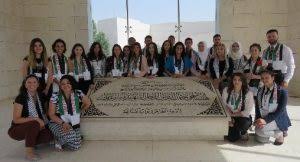 Since the pro-Palestinian crowd is insisting that Birthright allow anti-Israel viewpoints, then Zionists have the same right to protest this organization to force them to allow pro-Israel messages to be given.

Just like IfNotNow/Jewish Voice for Peace proudly tried to block the building that houses Birthright offices, perhaps Zionists  should go to Bethesda, Maryland and protest outside KTH’s office. 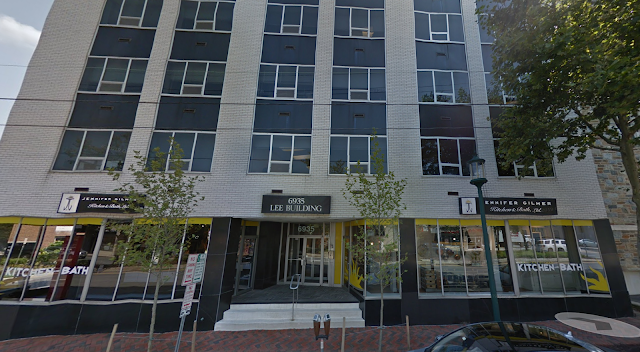 Of course I’m joking. People of Palestinian descent are obviously allowed to organize their own trips, filled with propaganda and stories about their nonexistent history as a people and photo-ops at the gravesite of the 20th century’s leading terrorist. It is free speech and insisting that outsiders control the agenda is oppression. We can point out the lies, but we cannot tell them what to say.

But for some reason, Jews are not extended the same rights, according to the crazed haters of Israel at IfNotNow and JVP.

If someone thinks that Birthright must accommodate other viewpoints on their trips, but they don’t insist on the same for KTH, then the lofty moral standards they pretend to be advocating is nothing but dressed-up hate.