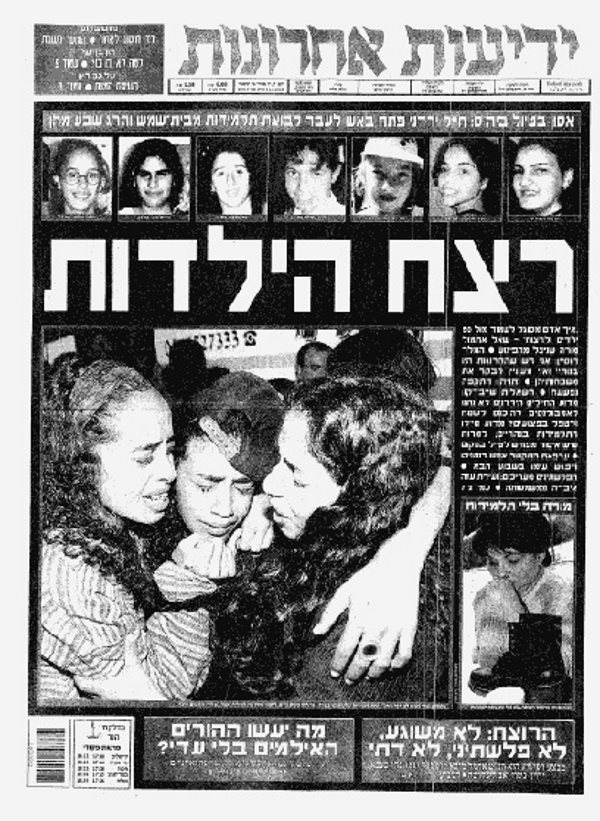 The hundred-year war between the Jewish people and the Arabs that hate them will not be over any time soon.

There are a million stories that prove it. This is just one.

Most Israelis remember the heartbreaking tragedy that took place twenty years ago tomorrow, at the Island of Peace at Naharayim on the Israel-Jordan border. This lovely spot was owned by Jews before the War of Independence, and in 1921 an electric power plant was built there by Pinchas Rutenberg, “the man who brought electricity to Palestine.”

The area was cultivated by Israeli farmers. In 1969 the IDF blew up Rutenberg’s villa, which was used as a staging point for terrorist attacks into Israel. But in 1994, Israel and Jordan signed a peace treaty. The Jordanians got the island, but agreed to lease the land back to Israel so that the farmers could continue to use it. It is a beautiful place, and Israelis often visited it, including school groups. It was used as an example of what peace would be like.

A group of schoolgirl from Beit Shemesh was there on March 13, 1997. Jordanian Corporal Ahmed Daqamseh was insulted by their behavior, saying that they were making noise while he was praying. A driver, he took an M16 from another soldier and opened fire at them, killing seven 13- and 14-year old girls and injuring 6 others. Had the rifle not jammed, these numbers would have been higher.

Other Jordanian soldiers rushed to disarm him and to help the victims. It was reported that Jordanians donated blood at the Jordanian hospital where the girls were taken. In an unprecedented gesture, King Hussein personally apologized for the incident, and visited the girls and their families in Israel, and even offered compensation. “From all appearances,” wrote Efraim Karsh, “the majority of Jordanians disapproved of the attack and expressed sympathy” for the girls.

Daqamseh was sentenced to 25 years in prison, avoiding the death penalty because he was judged to be “mentally unstable.”

So far, one might say that this was a tragic incident, but that the Jordanians, both officially and popularly, responded in a humane and civilized way.

Although following the shooting Daqamseh said, “I don’t know what happened to me …I lost control and acted,” he gave an interview in 2004 in which he sang a different tune: “if I could return to that moment, I would behave exactly the same way. Every day that passes, I grow stronger in the belief that what I did was my duty.” Many Jordanians agreed with him. In 2011, when Ahmed’s mother pleaded for a pardon for her son, she was supported by then-Justice Minister Hussein Mjalli who called him “a hero.” In 2013, 110 out of 120 members of the Jordanian Parliament signed a petition calling for his release. In 2014, one Jordanian MP called him

…a rare man, peerless among men; of a knight who, mounted on glory, acted marvelously for his national cause … a prisoner who was a source of concern for his jailors [sic] and whose name is linked to the suffering of his nation. This man swore by Allah – and, later, by blood and by bullets of lead, like the martyrs – that Palestine is Arab, that it will remain as long as the Arabs remain, that history will have its reckoning… and that we live in the hope for his release and draw from him [our] principles and positions.

“[This man swore] that the history of the Arab-Zionist conflict over the sacred homeland would continue – the homeland stolen by those who steal countries from their good residents, whose blood has flowed like rivers for 100 years. Some [of these residents] were killed, others wounded, still others driven out – and some had their land occupied. This conflict is destined to continue until the rights are restored to [this land’s true] owners.

This, of a creature that shot down 7 schoolgirls in cold blood!

Although these are Jordanians, the story is the familiar Palestinian narrative. Such is the power of it that the most obscene, evil actions become praiseworthy and heroic.

Although there have been numerous attempts to get him released, none succeeded until now. This morning, Ahmed Daqamesh was released from prison early after serving 20 years of his 25-year sentence.

He was greeted “with celebrations, including music and singing around his home.”