This 1968 article from The Sentinel features the anti-Zionist rhetoric that we are all familiar with from the Left – but it adds an extra insistence that it is in no way antisemitic.

Which is really funny, because the Soviet article quoted also says that “the religious morality of Judaism isolates religious Jews from other nations and justifies any crimes against the gentiles.”
They also accused Jews of being a fifth column in any nation they are in.

Yet they continued to say that “both Zionism and antisemitism are alien to Soviet society since they are equally a product of the bourgeois class system.”

This all sounds exactly like the writers of Jewish Currents and other socialist publications today. The idea that Zionism is antisemitism is a staple of Electronic Intifada and other outlets. It all came from the Soviets. 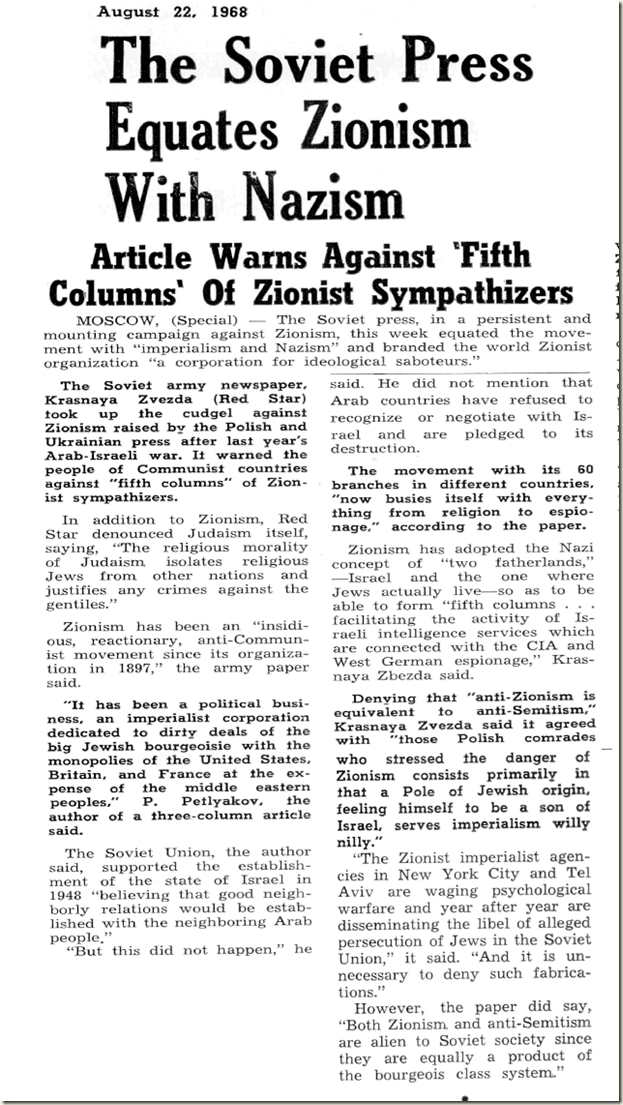