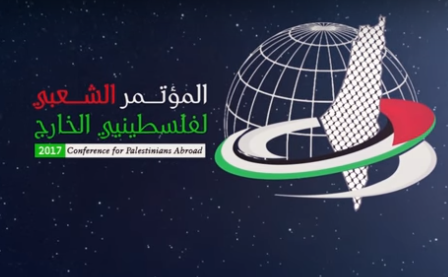 On February 25, there will be a “Conference for Palestinians Abroad” in Istanbul. It is mean to attract Palestinians outside the Arab world.


Affirming our right of liberation and self determination and the role of Palestinian abroad in achieving it.
Affirming the right of return for refugees and working on achieving it.
Taking Political actions to claim civil and human rights of our people.
Building and strengthening the unity of the political stance of the Palestinian people abroad.

Significantly, the organizers don’t seem interested in obtaining human rights for their fellow Palestinians in Lebanon or Syria or Egypt or Saudi Arabia, but only by “returning” to a country most of them have never set foot in.

These goals are largely consistent with what the PLO says it wants as well. But the PLO is not happy and has criticized this conference.

The PLO’s Expatriate Affairs Department has denounced the conference because the PLO pretends to be the sole representative of the Palestinian people and they weren’t invited.

Probably because the PLO does nothing for these people they claim to represent.

The vehemence of the PLO objections reveals something that most Western observers don’t realize: the PLO wants to make it look like all Palestinians share their opinions on everything, because they (rightly) understand that a single unified message is far more effective when presented to the world than varying points of view.

When the PLO claims that “Palestinians want X” they do not want to be contradicted by other groups, or opinion polls. They want to be considered as if they truly represent all Palestinians, not as the self-appointed and unelected leaders they really are.

So any outside group that does anything without PLO control is considered a danger because any divergence of their messages is considered a weakening of their political position. For their part, nearly all Palestinians understand this message, and they will give a unified front to any Western reporters or NGOs with rare exceptions when they know that there will be no consequences to their differing opinions.

In a society where dissent is so strongly discouraged, Palestinians aren’t free to express what they truly want. And that is exactly what the PLO is trying so hard to perpetuate.