As the world looks on in horror at the horrid attacks on civilians in Aleppo, and as UNRWA tries to portray Palestinians in Syria as innocent victims of the civil war, there are a number of Palestinian militias who are enthusiastically supporting the atrocities of Assad, Hezbollah and Iran.

Liwa al Quds was created in 2012 made of Palestinians who lived in two UNRWA camps near Aleppo. As this March 2015 profile states,


A new organization has appeared alongside the Syrian army in Aleppo fighting the armed takfiris, for after the entry of Hezbollah onto the line of  battle and the appearance of ‘Quwat al-Ridha‘, which is considered the core of Syrian Hezbollah, in addition to the National Defence Forces and the Iraqi military formations, a Palestinian faction has appeared fighting under the banner of the Syrian state.

Information indicates that the new formation adopted the name of the Palestinian capital al-Quds as its banner, while it is formed of Palestinian fighters who have lived and live in Syria, having expressed their support for the Syrian state and its army.

The formation, which was established in October 2013 by the engineer ‘Muhammad al-Sa’id’ who is considered its real leader, held the bond of silence and thus its activities were not advertised in media, until the recent battles of north Aleppo countryside where an important military role for them became apparent.

Here is a poster recruiting members from the age of 15: 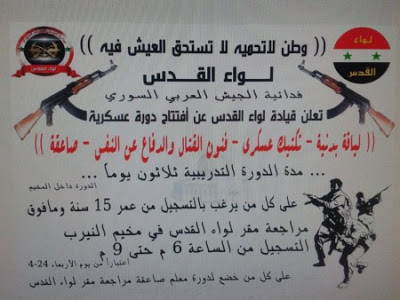 The Liwa al-Quds leadership announces the opening of a military session: physical fitness, military tactics, martial arts and self-defence, blitz. The length of the training session is 30 days. All who wish to register from age 15 and above should head to the Liwa al-Quds base in the al-Nayrab camp and register from 6 p.m. till 9 p.m., beginning from Wednesday 24 April.

Iranian propaganda has used this Palestinian group and others as proof that Assad is not anti-Sunni, in this report from September when the battle for Aleppo was starting:


The Palestinian pro-Assad, anti-Takfiri Resistance group Liwa al-Quds is among the fighters in Syria that have debunked the myth and propaganda against the Syrian Army is a predominantly Alawiite force. This group has been operating in Aleppo and has been to deal a major blow to Takfiri terrorist groups especially ISIS.

The presence of Liwa al-Quds in the recent victories at Handarat Refugee Camp and al-Kindi Hospital as well as the rapid, lightning-like advancement in other key Aleppo City districts, has dispelled enemy propaganda that the Bashar al-Assad government is anti-Sunni.

Indeed, apart from Liwa al-Quds, other Sunni Palestinian groups are also active in the battlefield against foreign-backed Takfiri terrorist groups. Some of the groups here include Qouwat al-Jalil, the PFLP-GC, Fatah al-Intifada, the Palestine Liberation Army (Palestinian wing of the SAA) and the Palestinian members of the NDF. 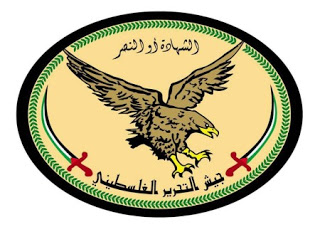 Jaysh al-Tahrir al-Falastini is the ‘Palestinian Liberation Army.’ This militia in Syria is led by one Muhammad Tariq al-Khadra’, who characterizes the civil war in Syria as follows: “The vicious barbaric international conspiracy against Syria and the Arab nation aims to redivide and repartition this nation to form weak madhhabist, sectarian and racist entities in conflict with each other, to justify the establishment of the racist entity on the Jewish foundations of the Zionist state, dominating over the Arab nation.” 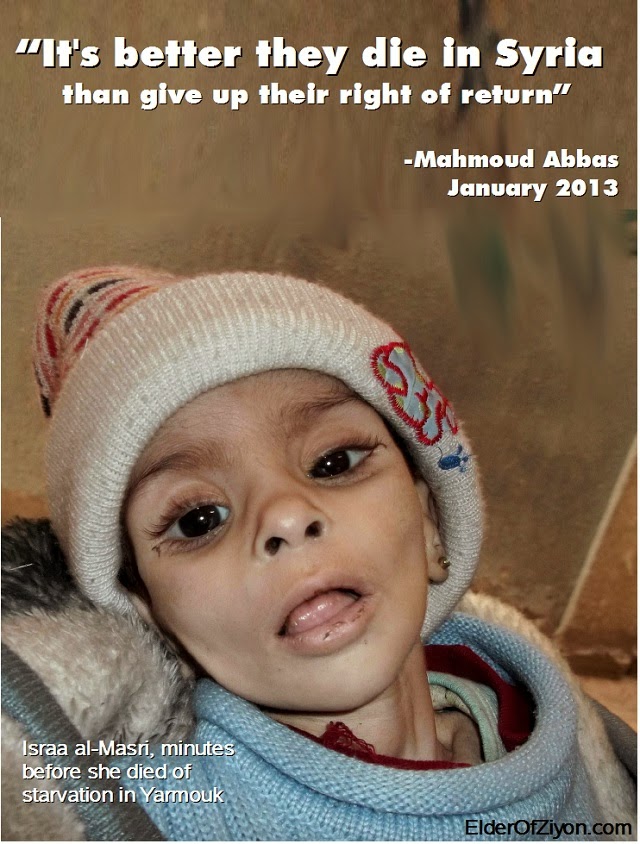 To be sure, not all Syrian Palestinians support Assad; Hamas famously left Syria when it refused to support him. But there are plenty who not only support Assad’s atrocities, but enthusiastically participate in them.

It is worth a reminder that PA President Abbas had the opportunity to save thousands of Palestinians in Syria nearly four years ago, when Israel said they would be allowed into the West Bank, as long as they don’t demand to move to Israel itself. Abbas responded coldly, “It’s better they die in Syria than give up their right of return.”

So far, over 3300 Palestinians have indeed died in Syria, most of them innocent, but hundreds of them fighting with Assad.