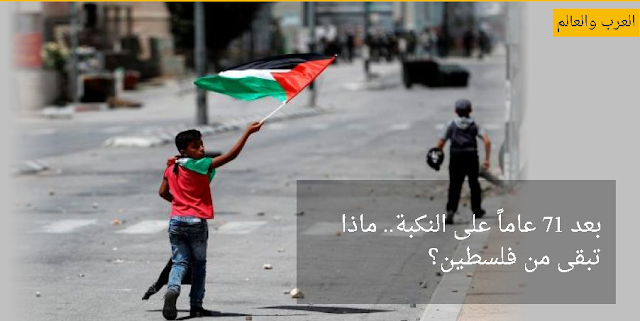 Egyptian news site Masr al-Arabia published an obligatory article for the anniversary of Israel not being destroyed, blaming Israel for all ills, but it starts off with a startling statement for the Arab world:


The Palestinian cause is on the brink of total collapse, against the background of the deteriorating situation that faces the Arab countries at the same time as the 71st anniversary of the Palestinian Nakba.

These include the divided Arab street, the war in Yemen and the division in Libya, the famine in Gaza and split with the West Bank, massacres and genocide in Syria and the siege of Qatar by four Gulf countries, and protests in Sudan.

In other words, since there are far more important and existential issues that Arab countries have to deal with, the eighth decade of the Palestinian issue really doesn’t rate very high any more.

The implication that the existence of these other issues endangers the “Palestinian cause” is a tacit admission that the Palestinian issue is really not so dire, despite decades of insistence that it is the key to solving all Middle East problems – the “linkage” idea that stubbornly remains in Western circles because of Arab diplomats repeating it like a mantra every time they met officials in the West.

Since the Palestinian issue is not inherently as big a deal as the other issues facing the Arab world, the lack of publicity is what is causing it to be on the “brink of collapse.” Simply put, no one really cares anymore and putting resources into a failed cause diverts attention and money from actual crises.