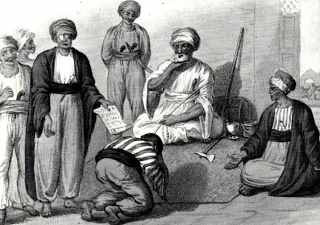 In order to understand the Long Arab War Against the Jews, we need to place it within the long history of Jewish people living under Arab and Muslim imperial rule from the seventh-century until the demise of the Ottoman Empire with the conclusion of World War I. From the time of Muhammad, until Islam ran head-first into modernity and the twentieth-century, the Jews of the Middle East were second and third-class non-citizens under the boot of Arab and Muslim imperial rule. However bad African-Americans had it in the United States under the vile rules of Jim Crow, it was never worse than Jewish people had it as”dhimmis”and what we call “dhimmitude” lasted one heck of a lot longer.

As dhimmis in Arab and Muslim lands, Jews (and Christians) could ride donkeys but horses were forbidden.