Concern over antisemitism in the British Labour party  is leading to some surprising revelations and articles, such as this one in The Times by convert to Judaism Stephen King, whose usual beat is Economics. (With thanks: Lily, Annie, Avril) 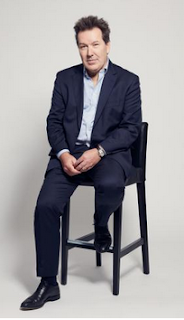 My mother-in-law was born in Baghdad to a Jewish mother who had grown up in Egypt. My mother-in-law moved to the British Mandate in Palestine in the early 1930s. My father-in-law was also born in Iraq — in his case, Basra — but spent his formative years at an English school in Mumbai. He then came to England before heading to Israel, where he met and married my mother-in-law. A few years later he returned to England with wife and first child in tow.

The specific reasons behind my mother-in-law’s family’s journey to the Mandate have been lost in the sands of time, but their departure from Iraq was ultimately repeated by thousands upon thousands of other Arab Jews. In the 1920s, the decade in which my in-laws were born, the population of Baghdad was about one-third Jewish. There were, remarkably, well over 800,000 Jews living across the Arab world as a whole.

They upped sticks for a variety of reasons. Some were enthusiastic Zionists. Others were fearful of rising support in the Arab world for Hitler and his henchmen. Many left because local attitudes towards Jews had considerably worsened.

The collapse of the Ottoman Empire led to violent pogroms, partly a response to the growing clash between Arabs and Jews over Palestine. Things became much worse, however, after Israeli independence in 1948, an event that — too often forgotten — led to tragedies on both sides of the conflict: Jewish enclaves all over the Middle East and north Africa, often hundreds, sometimes thousands of years old, vanished almost overnight. Of the Arab Jews who headed to Israel, many did so as reluctant refugees. The rulers of the lands they had fled had confiscated their possessions. Often, the refugees were lucky to be alive.

My mother-in-law was Iraqi, of Egyptian parentage, but also a Jew, a Palestinian, an Israeli and, finally, an Englishwoman. Born in Baghdad, she’s buried in Bushey, Hertfordshire. In theory, she could have been attacked by European racists for hailing from Iraq; criticised by English nationalists for having a Middle Eastern accent; called out by antisemites because she was Jewish; treated as a second-class citizen by Ashkenazi Jews from Europe who frowned upon Sephardim from Arab lands; and condemned by Palestinian Arabs for being a “settler’’. More than anything else, however, she was a human being, someone who eventually made a home for her family in the UK, a country she loved for its tolerance.