A new documentary has been doing the rounds of the world’s film festivals: it tells the story’ of Egypt’s Jewish Disneys, the Frankel brothers. Raz Greenberg describes their rise and fall  in The Tablet:

The Frenkel family were wandering Jews. More specifically, they were Russian Jews who fled from the pogroms of the early 20th-century Russian Empire to Palestine, only to be banished from there to Egypt by the Ottoman regime following the outbreak of World War I. 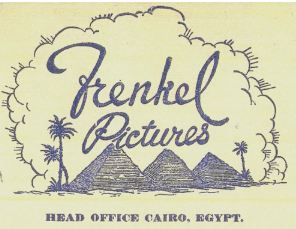 It was in Egypt, the country to which they were banished, and to which they had no preexisting linguistic or cultural connections, where the Frenkels found their greatest success. Inspired by early American cartoons and silent comedies, the three brothers released their first animated film in 1936, creating an instant landmark in the history of Egyptian and Arab cinema.

The film’s title, “Mafish Fayda,” literally means “it’s useless,” and is rumored to have been inspired by the reaction of a potential investor to the brothers’ request to finance their film. The protagonist, Mish-Mish Effendi, is prone to the same slapstick mishaps typical of Hollywood cartoon characters and film comedians, yet he is unmistakably a person of Egypt of the 1930s. He wears a fez on his head, and is ready to enjoy the good life offered by the streets of Cairo of that era, where traditional architecture and desert landscapes come together with modern vehicles and recreation spots, especially when he is trying to woo a beautiful woman in a revealing Western outfit.

As noted by an animation scholar in Michael’s film, the physicality of the woman’s character in the Frenkels’ film was clearly inspired by American cartoon star Betty Boop, which was created by the Fleischer bothers—another Jewish family that found success in the animation field, only to see it slip away as social circumstances changed.