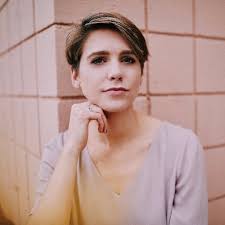 Mondoweiss has an article by Sarah Doyel where she describes the horror of how Israelis are proud that Israel is a vegan-friendly country:

Israel is using veganism as a calculated facade to justify its military’s program of terror, gloss over its occupation of Palestine, and appropriate regional culture and traditions that predate Israel by hundreds if not thousands of years.

Doyel quickly establishes that she is not just a vegan, but she is an activist for whom veganism is an all-or-nothing proposition, and anyone who disagrees is a hypocrite, as she castigates Ben and Jerry’s:

Put simply, veganwashing is the act of using veganism to create positive image associations or appear more compassionate than one actually is. A classic example is Ben & Jerry’s line of non-dairy ice creams, which they use to brand the company as vegan-friendly without ever actually decreasing their contribution to animal exploitation.

For normal vegans, having more choices of what to eat is something to celebrate. For crazy people, unless Ben and Jerry destroys its entire business model, it is evil.

Doyel uses this same logic against Israel and Israelis in ways that show that her real agenda has nothing to do with morality.

For example, she is upset that Tel Avivians – not Israel, but Jews who live in Tel Aviv – are proud to call their city “the vegan capital of the world.” Apparently, pride in one’s city is immoral when the city happens to be Israeli. I can’t wait for the Mondowiss article on “beach-washing.”

While she claims that she is only going after official representatives of Israel in her criticism, but she has a curious definition of them:

I am also sure that there are many vegan Israelis who are committed to ending the occupation of Palestine, which is why I deliberately focused on veganwashing as propagated by the Israeli government, corporations, and public figures such as bloggers and business owners, rather than private citizens of Israel.

This is of course a lie. The Independent article she links to quotes anonymous residents of Tel Aviv as calling the city the “vegan capital of the world.” By definition, they are private citizens and have absolutely nothing to do with the government.

Doyel’s fake morality is really revealed in this paragraph:


Restaurants in my current home of Washington, DC engage in this kind of cultural appropriation all the time, which might be slightly less disturbing to me if they weren’t so successful as a result. When fellow District residents find out that I’m vegan, Israeli-owned restaurants Shouk and Little Sesame are two of the top five restaurants people tend to ask if I’ve visited. These spots quickly became favorites among vegans and non-vegans alike who don’t realize just how problematic it is to eat at a place that calls its cooking “modern Israeli street food” (Shouk). News also just broke that the NYC-based “Tel Aviv-style” falafel chain Taïm will be opening its first location in DC this fall.

Yes, a proud vegan is against anyone visiting American vegan restaurants based only on where the owners were born.

This is hate masquerading as morality.

Calling falafel “modern Israeli street food” is completely accurate and not offensive to anyone who already isn’t looking to be offended. It was never Arab street food. It was never as popular in any Arab country as it has been in Israel. No one is claiming that Israel invented it (although falafel in pita is, to my understanding, a purely Israeli invention – which is what made it street food to begin with.) There is a difference between “Tel Aviv-style falafel” and traditional Arab falafel – is it immoral to market that fact?

There is an excellent kosher Turkish restaurant I enjoy going to. Should I boycott it because I am against Turkey’s policies? If I claim to do that, everyone would know that my real agenda has nothing to do with politics or morality.

And everyone knows that Sarah Doyel, by refusing to enter vegan restaurants that happen to be owned by Israeli Jews, is not acting out of morality – no matter how much she claims that she is so sensitive to moral issues that force her to become a vegan to begin with.