Mahmous Abbas’ “moderate” Fatah published this poster on their Facebook page, showing that they would not accept any security measures on the Temple Mount, no matter how innocuous. 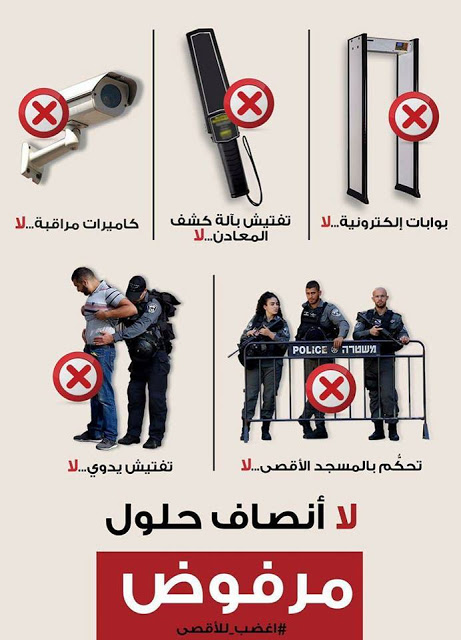 In short, Israelis have no right to protect themselves, according to Mahmoud Abbas. he pretends that he is against violence, but he strongly believes that Arabs have the right to carry weapons to their holy places. Why? Obviously to kill Jews or other Israelis in what they claim is “defense.”

Today Israel installed security cameras at Lion’s Gate that supposedly could identify potential weapons, although how they can find weapons in a backpack without a metal detector is unclear. The metal detectors remain for now.

Once again, Arabs refused to visit their “third holiest spot” today, pretending that Israel is banning them and calling for an Arab League emergency meeting this week. 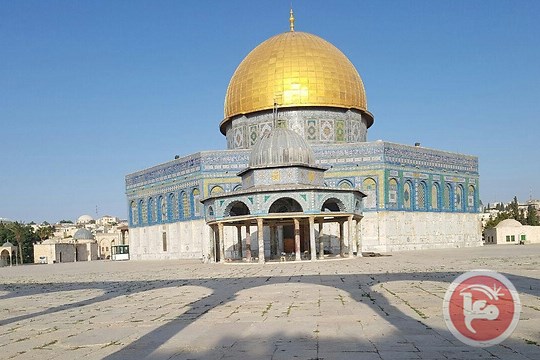 Meanwhile, Al Jazeera published an op-ed by Hamas lawyer Stanley Cohen, making the case that Arabs indeed do have the human right to murder Jews, as long as they call it “resistance.” This idea is absurd – the entire Geneva Convention is not overridden by vague General Assembly resolutions. But he calls himself a “human rights activist” while he condones stabbing Jews so Al Jazeera regards his rants as being worth publishing.

In the end, the Palestinians appeal to the leftist world by invoking the biggest human right of all – the right not to be offended. On any random month they declare that something new offends them and threaten violence unless their enemies back down from the unforgivable crime of offending them.

And no one dares to call them on it.