For some time now, rumour has it that some Palestinians living in the West Bank are of Jewish ancestry. To Point of No Return’s attention comes conclusive information that three clans living in the Hebron area are the Muslim branches of Jewish families.

Rahamim S Dwek contends that a branch of his family, now known as Dweik,  converted to Islam in the 14th century under Egyptian Mamluk rule. Hebron is the only city where Jews converted in large numbers, says Dwek. The same thing happened to the Samaritans of Nablus (Shekhem) After every anti-Samaritan pogrom, more converted to Islam.  ( The last occurred in 1858. ) The Samaritan  sect would have become extinct had Palestine not come under British rule in the 1920s.

According to Rahamim Dwek,  other Arab clans refused to intermarry with the Muslim Dweik family for seven centuries. It is a sad irony that, to prove they are more ‘Arab than Arab’, members of the Dweik clan today comprise  the leadership of the  Hamas apparatus in Hebron, notably Abdel Aziz Dweik, Palestinian spokesman who has served long terms in Israel’s prisons. Most Dweiks are still known for their fair complexion and blue eyes.

Issa Amro and Bad’ia Dweik are in the forefront of the propaganda campaign against Israel. Amro, says Rahamim Dwek, was born in a Jewish home stolen from its owners, members of the Masri Bajao clan, in what Arabs call Tel Rumeida, known to the Jews as Tel Yishai.

Apart from the Dweik clan, two other tribes converted from Judaism – the  al-Jabari and the al-Rajab clans.  These are not their original names. All three clans resent public discussion of their Jewish roots.

The tragedy of the 1929 Hebron massacre still casts a shadow. Issa Amro’s grandfather murdered Jews, but his great-grandfather Abu Shaqer gallantly protected Rahamim’s great-grandfather Rav Yaakov Yosef Slonim Dwek, by standing in the doorway of their house. He was one of 19 Arabs who helped save Jews in 1929 and almost had his foot severed by an axe in the process. Even as his attackers called him a traitor, he would not budge.

Sheikh Shaqer’s sons murdered Rahamim’s ancestors, including his grandfather,  when Sheikh Marqah led the attack on the family home. Rahamim’s father Shlomo,  then a babe in arms – survived, although injured, because his mother fell on top of him when her assailants sliced off her breasts. 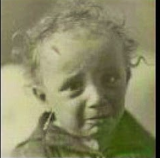 Shlomo S Dwek, only survivor in his family’s home of the Hebron massacre

His aunt Rivka, who later gave birth to Abraham Burg, father of the controversial Knesset speaker Yosef Burg, would also have been murdered had she not moved into another family property with her  father.

Rahamim Dwek is sceptical about the claims of Zvi Misinai who amplified the theory first propounded by Israel’s president  Ben Zvi that many Arabs in the Hebron area descend from Jews. A stone lintel with a star of David on an Arab house does not mean anything because Arabs always recycled extant materials from previous periods, he says. Similarly Arab culture in the area could have been influenced by Jewish custom in the area when they circumcised their infants at eight days rather than at the Arab norm of 11 or 12 years.