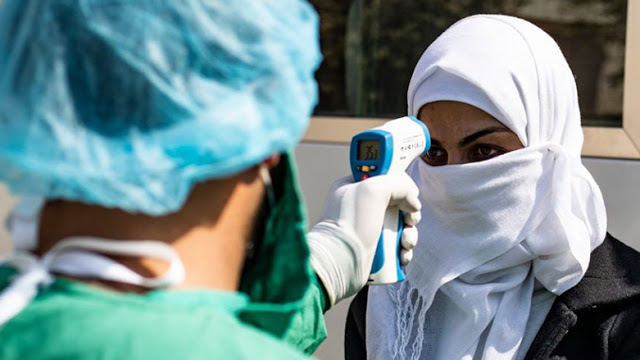 Human Rights Watch issued a report about the dangers of the novel coronavirus to Syria’s damaged health care infrastructure, especially for the many prisoners in Syria.

At one point the report says:

The Syrian government maintains that there have been no confirmed cases of coronavirus in Syria thus far. But its neighbors have all reported cases and it is clear how catastrophic even one case in Syria’s overcrowded prisons would be.

The link goes to a Syrian news agency report from March 5 that is laughable by even their standards:

The World Health Organization (WHO) announced Thursday that no Coronavirus (COVID) case has been registered in Syria so far.

WHO reported what Syria told them. They didn’t verify anything and their reporting Syria’s claims do not refute anything.

And Syria is lying. The Syrian Observatory for Human Rights last week reported on the coronavirus in  Damascus, Tartous, Lattakia, and Homs, saying that there were some deaths. Most chillingly, they reported that doctors confirmed the reports, but that they had received strict orders from the authorities of the regime of the need to keep quiet and refrain from talking about the spread of the coronavirus there.

A Chicago doctor originally from Syria reported last week that unofficial sources said that there were 2470 cases of the coronavirus resulting in 427 deaths, which would make Syria among the hardest hit countries.

Syria has detained doctors who admit that there have been cases of the virus in Syria.