Syrian media, and Lebanese media that follows Syria, has very little objectivity. The best (although not perfect) place to see what is happening in Syria is the Syrian Observatory of Human Rights, which reports on all attacks in Syria from all factions and the casualties.

Reading their website on the day after the massive Israeli airstrikes yesterday is almost unreal. Sure, there were a couple of articles about the raids as they happened, but so many people get killed by so many different actors in Syria every day, the Israeli raids were just considered one event among many.

As of this writing, the SOHR hasn’t published the total death toll in Syria from Thursday. On both Wednesday and Tuesday more than 60 were killed throughout the country on all sides of the civil war. The SOHR says that 23 people, apparently all of them Syrian or Iranian fighters, were killed in the Israeli raids – the biggest Israeli air raids in Syria since the 1973 Yom Kippur War.

The Israeli airstrikes are just another story.

As of this writing, here are the stories in the top two news sections of the site: 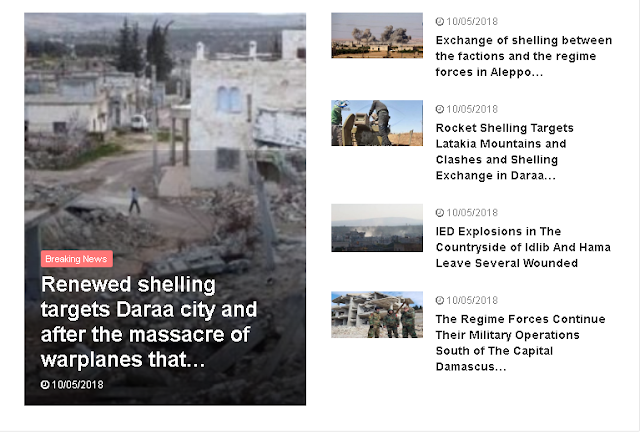 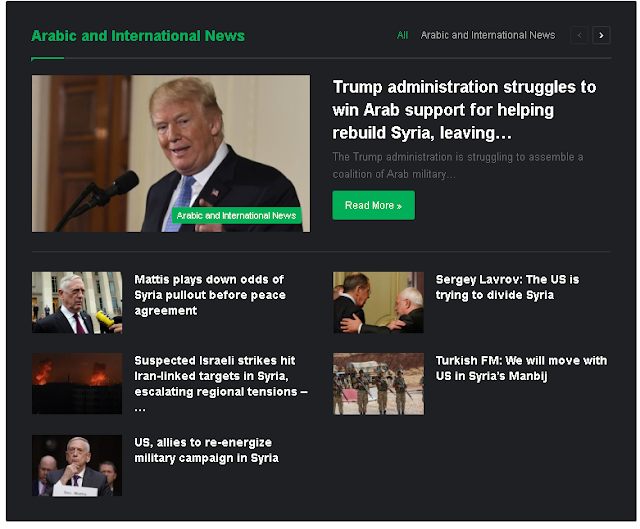 The Israeli raids are little more than a footnote the next day.

The Observatory’s early story on the Israeli raids themselves show how precise they were. Although they say it is possible that two civilians were killed by being at the wrong place at the wrong time during an Israeli raid on Wednesday, the couple might have just died in a car accident.

The Syrian Observatory for Human Rights documented the death of 23 people at least as a result of the Israeli missile strikes, which targeted several military positions and points of the regime forces and allies in scattered areas in central Syria, near the capital Damascus and Rif Dimashq, the western countryside of al-Suwaidaa and the triangle of Daraa – Quneitra – West of Rif Dimashq just before dawn of Thursday the 10th of May 2018, and the casualties are: 5 members of the regime forces including at least one officer, and 18 others of Syrian and non-Syrian nationalities, and the death toll is expected to rise because there are some people in critical situation, and due to information about other casualties, the Syrian Observatory published that violent explosions rocked the several areas in the Syrian territory just before dawn of today, Thursday, the 10th of May 2018, caused by Israeli missile strikes which targeted scattered sites near the capital, Damascus, Rif Dimashq, central Syria and Quneitra, where the strikes targeted sites believed to belong to the Lebanese Hezbollah southwest of Homs city, and other sites of Hezbollah and fighters loyal to the regime forces in the triangle of Daraa – Quneitra – west of Rif Dimashq, also the strikes targeted a military area of the regime forces in al-Dumayr Airbase area at the Eastern Qalamoun, where the missiles fell near the headquarters where the Iranians are located, also the strikes targeted Muadamiyat al-Sham town west of Damascus, where fighters of Hezbollah, Iran and the 4th Division of the Syrian regime are located, but no information until the moment as to whether the missiles that fell on Muadamiyat al-Sham has targeted military positions or not, also a missile landed in the vicinity of Jaramana south of the capital, and the shelling targeted regime’s Air Defense sites, while the fall of Israeli missiles was renewed after midnight of yesterday on Al-Quneitra province, where the missiles targeted sites of the regime forces and their allies near Hodr town north of Quneitra and near Khan Arnabah town, and in the same context, the Syrian Observatory for Human Rights in conjunction with the these intensive targeting operation has monitored explosions in the sky of the areas; caused by regime’s anti-aircraft interception for the Israeli missiles and managed to shoot down some of them, and the Israeli missile strikes caused significant material losses in several targeted locations, amid confirmed information about casualties.

The Israeli shelling came just before the dawn of Sunday after the fall of missiles after midnight, launched from al-Quneitra area and southwest Rif Dimashq adjacent to the occupied territories of Golan, following the Israeli shelling which took place last night and targeted locations near al-Ba’ath city in the central countryside of Quneitra.

The Syrian Observatory published yesterday, Wednesday, that the number of casualties continues to rise as a result of the missile strikes that targeted al-Kiswah area in the southwest sector of Rif Dimashq, which were carried out by Israeli forces targeting Iranian missile warehouses and platforms, where it rose to at least 15 including at least 8 Iranians, the number of members who were killed by the missile strikes on the area, while it is not known yet whether the rest of them belong to the Iranian Revolutionary Guard or if they belong to a militia loyal to Iran, also a man and his wife were killed near place of shelling but the circumstances of their deaths are not known whether they were killed the result of a traffic accident, or it happened that they were there in the moment of shelling which caused their deaths, and the death toll is expected to rise because there are some people in critical situation, and due to the presence of missing persons.

Israel seems to be the only player in Syria that actually cares about avoiding civilian casualties.

What a thoroughly messed-up country.

This raid proves (among many other things) that the world media pretty much ignores Syria unless somehow Jews are part of the story.