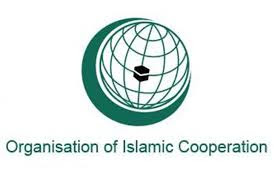 
On Tuesday, Scott Busby, the deputy assistant secretary in the Bureau of Democracy, Human Rights and Labor at the U.S. Department of State, said there are “at least 800,000 and possibly up to a couple of million” of Uyghurs and others detained at re-education camps in the XUAR without charges, citing U.S. intelligence assessments.

Citing credible reports, U.S. lawmakers Marco Rubio and Chris Smith, who head the bipartisan Congressional-Executive Commission on China, recently called the situation in the XUAR “the largest mass incarceration of a minority population in the world today.”

One would think that the Organization of Islamic Cooperation would be in the forefront of the issues being discussed at their conference occurring right now in Istanbul.

But, no, two million Muslims being incarcerated was not even mentioned in the OIC Twitter feed for the conference. The words “China” and “Uyghur” are not used at all in any human rights context.

But guess what topic was number one at the conference?

OIC SG: Since the #Palestinian issue is the core & main issue on the agenda of the Organization, I take this opportunity to commend efforts made by various OIC Institutions to implement the resolutions on #Palestine & Al-#Quds Al-Sharif. #OICACMOI #Palestineday #Jerusalem 1/ pic.twitter.com/gh92wKDCFR

Palestinians take up all the air in any international gathering. That insistence on prioritizing the Palestinian issue over actual serious human rights abuses actually hurts people.