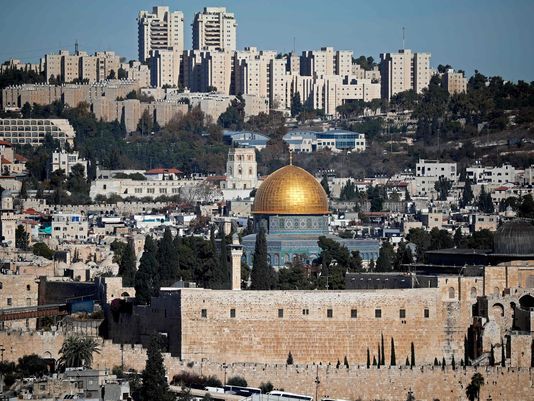 Whenever Israel builds new houses or apartments in the parts of Jerusalem liberated in 1967, the world is up in arms about how Israel is building in “occupied territory.”

Whatever happens in pre-1967 Jerusalem is OK – the problem, we are told, is only because Israel is building in neighborhoods that Jordan illegally occupied for a whopping 19 years.

But suddenly, when the US is poised to announce moving its embassy from Tel Aviv to the part of Jerusalem under Israeli sovereignty since 1948, the Green Line has mysteriously been erased.

Instantly,, activities on the west side of the imaginary line that no one cared about become very important.

In backgrounders on why moving the embassy is considered a big deal, writers for the Guardian  and AFP don’t mention the Green Line once.

Ian Black at The Guardian (a visiting senior fellow on the Middle East at LSE) says, flatly, “Recognition…clashes with Palestinian demands that East Jerusalem must be the capital of a future independent Palestinian state.”

I wish it did, but it doesn’t. That is an Arab lying talking point, not a fact.

AFP adds its own lies in its backgrounder. It says garbage like ” If the US unilaterally declares Jerusalem as Israel’s capital, it would be seen as deciding an issue that was supposed to be left to negotiations, breaking with the international consensus.” No one has ever suggested that pre-1967 Jerusalem was open to negotiations.