The official Fatah Facebook page includes this poster that says “Good morning! A million martyrs marching on Jerusalem,” a phrase that Arafat made famous. 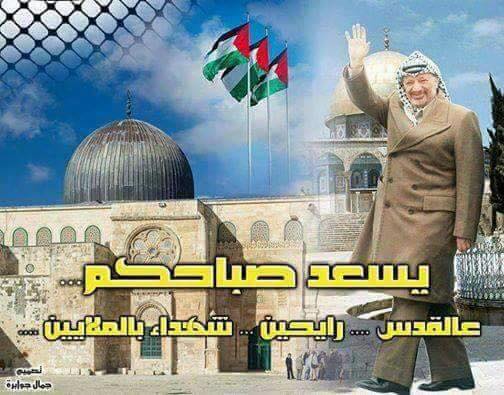 It also has a letter from Fatah Youth saying that US recognition of Jerusalem as Israel’s capital would “open all the doors and options before us in defending Arab Jerusalem.” – a keyphrase for violence.

The page also approvingly shows Palestinians in Bethlehem – in Manger Square, next to the Christmas decorations – burning images of Trump. 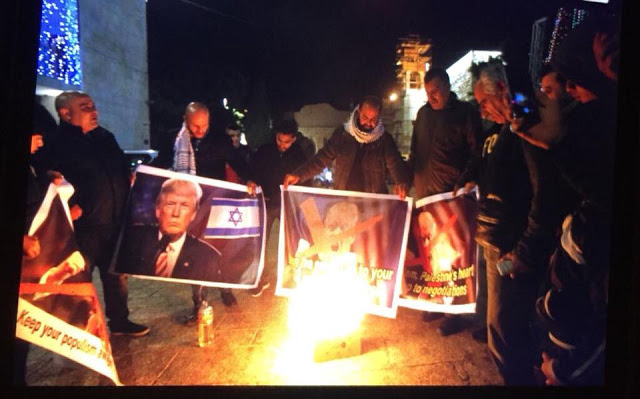 And also this violent, antisemitic cartoon showing “Palestine” cutting the arm off of a stereotypical big-nosed Jew reaching for the Dome of the Rock. 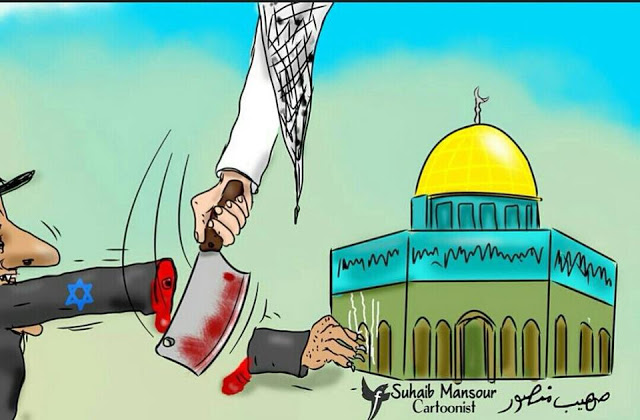 And this poster which makes it very clear that Fatah is calling for armed violence as well. 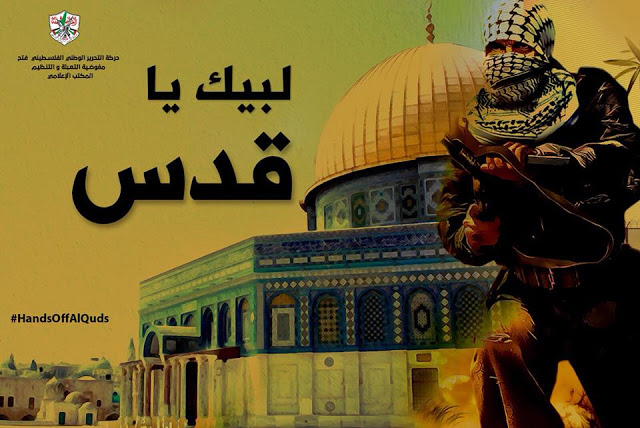 This is incitement to violence by Mahmoud Abbas is directly responsible for.

But it is incitement that the world ignores – because the idea that he is a “man of peace” cannot be contradicted, even from explicit hate like this coming from the organization he leads.