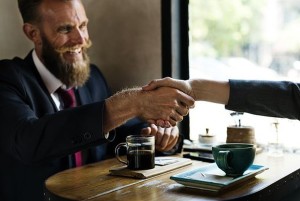 Jerusalem, August 22 – New research has given a scientific basis to a venerable assumption in politics, according to which your efforts to further your political goals through contacts and discussions with elected officials are perfectly legitimate, whereas your political adversaries, or other advocates of causes for which you feel no affinity, can be dismissed as “special interest groups.”
The study, detailed in the upcoming issue of the journal of the Society Of Letters In Politics, Sociology, Ideology, and Scientific Modalities (SOLIPSISM), examined the nature and effects of when you convey your wishes and goals to political officials versus when people who do not share your goals do so, and concluded that the data support a qualitative distinction between the two phenomena: when you engage in such activity, it represents democratic accountability to the electorate, whereas when others perform functionally identical activities, they represent special interest groups who exploit or harm democratic systems for their own narrow ends.
“It is uncanny,” wrote lead author Dr. Sol Arbiter, “how closely our findings match previously untested assumptions. In most cases, researchers expect longtime conventional wisdom, widely-held beliefs, and what we call ‘common knowledge’ not to stand up to scientific scrutiny, but what we found actually bolsters everyday thinking. It came to us as a quite a surprise.”
Arbiter observed that the distinction between your political efforts and those of parties not allied with you obtains no matter what field of endeavor the researchers examined. “There was no statistically significant difference among religious, economic, criminal, legal, commercial, or other issues,” he noted. “If you are lobbying – and of course it could never be called lobbying if YOU do it, since that smacks of manipulation and exploitation of the system – for tax breaks for your demographic, that constitutes a fulfillment of the democratic vision of the country’s founders. But if someone from another demographic – say, you’re secular and they’re religious, for example – and they lobby for much the same thing on behalf of their constituency, that constitutes a subversion of the will of the majority and a danger to democracy. This holds true across the spectrum of government activity and regulation.”
As a follow-up study, Dr. Arbiter hopes to test the assumption that your level of religious or ideological commitment is just right, whereas those who hold more strongly to the faith or ideology are extremists, and those whose commitment is looser than yours are lacking.