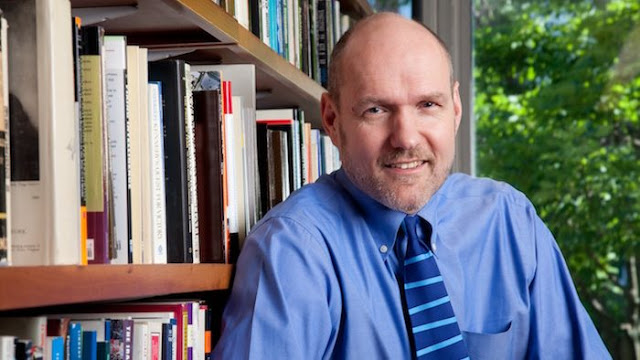 In Foreign Policy, Stephen Walt – the co-author with John Mearsheimer of the infamous article and later book “The Israel Lobby” – actually gives a good description of what the Israel Lobby is, and what it isn’t:

First, what groups such as AIPAC, the Conference of Presidents of Major American Jewish Organizations, Christians United for Israel, the Zionist Organization of America, the Jewish Institute for National Security of America, the Foundation for Defense of Democracies, and various other groups are doing, and what wealthy individuals such as Haim Saban and Sheldon Adelson have done for years, is normal political activity and wholly in line with the interest group basis of U.S. politics.

The U.S. Constitution guarantees freedom of association and protects free speech, which means that any Americans who want to organize themselves and press for particular policies can do so within the confines of the law. The activities of the various groups and individuals comprising the Israel lobby are no different from what the National Rifle Association (NRA), the farm lobby, Big Pharma, the American Civil Liberties Union, or dozens of other interest groups do. There’s nothing secretive, conspiratorial, or illegitimate about it; it is how the U.S. system of government works.

Second, these groups and individuals are not a unified monolith, and there is no central leadership that directs their activities. Yes, there are a number of groups that actively work to preserve the so-called special relationship between the United States and Israel, but they sometimes disagree on specific issues, such as the merits of the nuclear deal with Iran or whether a two-state solution is the right answer to the Israel-Palestinian conflict. To suggest otherwise echoes the tropes described earlier and is simply incorrect.

Third, the Israel lobby is defined not by its members’ religion or ethnicity but by its political agenda—i.e., working to promote staunch U.S. support for Israel. To be sure, this includes American Jews who are ardent in their support of Israel, but some Americans who strongly favor unconditional support for Israel—notably Christian evangelicals—are not Jewish. Moreover, there are many people in the U.S. Jewish community who are critical of Israel and its policies. For this reason, using terms such as “Jewish lobby” to talk about pro-Israel groups is both inaccurate and inevitably conjures up dangerous stereotypes.

Fourth, like other interest groups, the Israel lobby uses a variety of strategies to accomplish its goals. Some of its influence comes from campaign contributions to political parties or politicians (although AIPAC does not do this), some from direct lobbying on Capitol Hill, some from public outreach (op-eds, books, position papers, media appearances, etc.), and some from the role that pro-Israel individuals may play in the U.S. government itself. Once again, such influence is no different from the influence that oil or pharmaceutical companies gain when individuals sympathetic to their aims get appointed to run the Department of the Interior or the Food and Drug Administration. Focusing solely on one item such as campaign contributions misses a lot of the story and risks reinforcing old historical canards.

Lastly, no interest group gets its way all of the time. The Israel lobby doesn’t control every aspect of U.S. Middle East policy, just as the NRA doesn’t control every aspect of gun control and health insurers didn’t get everything they wanted with Obamacare. But no one who has worked on foreign-policy issues in Washington or studied them with any objectivity would deny that AIPAC and related groups have considerable clout (which AIPAC brags about on its website), and policymakers remain sensitive to the lobby’s concerns, as any number of former officials have testified. But words matter, and using words such as “control” conjures up creepy and inaccurate images of shadowy puppet masters pulling strings.

If the article had ended here, it would be a welcome bit of context in the current stirring up of debate over AIPAC and other pro-Israel political groups.

Unfortunately, Walt then goes into both martyr and historical revisionism mode:

[H]ere’s the kicker: Though Omar deserved to be educated about the unfortunate manner and content of her critique, she would still have been pilloried even if she had been more sensitive to the history of anti-Semitism and offered a nuanced and well-documented argument. Why? Because being aware of, sensitive to, and deeply opposed to anti-Semitism and offering an informed, factual picture of the lobby’s activities affords little or no protection to anyone who is critical of Israel’s actions, is concerned about the one-sided nature of the U.S.-Israel relationship, and disagrees with the policy positions that groups like AIPAC endorse.

How do I know? Let’s just say I have some experience with this phenomenon.

Really? Nancy Pelosi and the House of Representatives would have reacted the exact same way if she wouldn’t have accused AIPAC’s money of controlling debate? Chelsea Clinton would have mentioned that she was using antisemitism if she had used different language?

Walt then goes on to defend his book, saying that it was not at all saying that the Israel Lobby has complete control over the US government. Perhaps he added some “may have”s and “could be”s in the text, but the main examples he and Mearsheimer brought about the Israel lobby were completely wrong, and they overstated the influence of the pro-Israel lobby to such an extent that there is virtually no moral difference between what they were saying in 2007 and what Ilhan said last week.

The main argument in The Israel Lobby was that the pro-Israel crowd pushed the US to invade Iraq against its own interests and only to appease Israel. This thesis is wrong on two counts – Israel had little interest in the US invading Iraq (they would have preferred Iran, if anything) and the decision to invade had nothing to do with Israel.

In this long critique of The Israel Lobby at the Brookings Institution, it is pointed out that Jeffrey Goldberg once asked Donald Rumsfeld if the pro-Israel lobby was behind the decision to invade Iraq. His response was, “I suppose the implication is that the president and the vice-president and myself and Colin Powell just fell off a turnip truck to take these jobs.” Goldberg concludes that Mearsheimer and Walt “seem to think that William Kristol is the commander in chief.”

A secondary argument, that the pro-Israel lobby has consistently damaged U.S. foreign policy and American interests in the Middle East, is wrong as well. As we have seen since its publication, if anything damaged US interests in the Middle East it was the conscious tilt of the Obama administration towards Iran and against the Gulf states – which is the opposite of what the supposedly powerful Israel lobby wanted. Walt and Mearsheimer took at face value the old Arab talking point that Israel is the most important impediment to a wider Middle East peace, without having the insight to realize that the Arabs didn’t believe it themselves.

Not to mention that the Obama administration was not worried about the pro-Israel lobby when pushing the Iran nuclear deal. That one example shows that Walt and Mearsheimer’s 2007 thesis of the lobby’s power was quite wrong. It was strong enough to force the US into a war but couldn’t even stop a very flawed agreement that would give Iran nuclear weapons in a couple of decades?

A major third flaw in the Walt/Mearsheimer article and book was a one-sided view of Israel as being the cause of all troubles in the region and of Palestinians are being innocent. They spend a lot of time calling Israel racist, of claiming that Israel is not a security asset for America but a liability, that Israel and the US do not share the same moral values. Those criticisms, while not specifically antisemitic, are mirrored by antisemites.

In short, while Walt now admits that the pro-Israel lobby is not all powerful and works like any other, the broad implication of the book was that the Israel Lobby has an outsized influence to push US leaders to make stupid decisions against national interests and towards selfish Israeli racist interests.

That is not too far off from saying that the Zionists control US policy, which Walt now admits is uncomfortably close to an antisemitic canard of Jews controlling US policy.