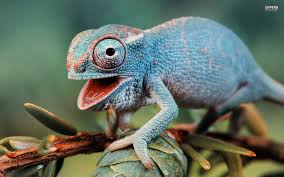 Last week, it was widely reported that Iran accused the West of spying on Iran with special lizards:

Western spies used lizards which can ‘attract atomic waves’ to spy on Iran’s nuclear programme, the former chief-of-staff of the nation’s armed forces has claimed.

Hassan Firuzabadi, senior military advisor to supreme leader Ayatollah Ali Khamenei, said he did not know the details of the cases, but that the West had often used tourists, scientists and environmentalists to spy on Iran.

Firuzabadi was responding to questions from local media on the recent arrest of environmentalists.

‘Several years ago, some individuals came to Iran to collect aid for Palestine,’ he said.

‘We were suspicious of the route they chose. In their possessions were a variety of reptile desert species like lizards.

‘We found out that their skin attracts atomic waves and that they were nuclear spies who wanted to find out where inside the Islamic republic of Iran we have uranium mines and where we are engaged in atomic activities,’ he added.

LiveScience actually took the time to debunk this, which i think is pretty cool:

Though “atomic waves” are not a real thing, perhaps Firuzabadi was referring to gamma radiation — the waves with the smallest wavelengths in the electromagnetic spectrum — that would be emitted from radioactive isotopes during uranium mining.

Regardless, it turns out that the bizarre claim is ridiculous, two reptile experts told Live Science.

“This is pure and simple BUNK,” Eric Pianka, a zoology professor at the University of Texas at Austin (who sometimes goes by the name The Lizard Man), wrote in an email to Live Science.

The idea that lizards could somehow attract “atomic” waves doesn’t make sense, because lizard skin is made of the exact same proteins as human skin: keratin, Pianka said. The scutes, or scales that cover lizards are made up of two types of keratin proteins: keratin A and B. Neither has any special ability to detect uranium or other radioactive materials.

But what about other spying techniques? Perhaps the lizards somehow sense radioactivity found in uranium mines and are drawn to it?

Again, nope: The idea that lizards could be drawn to uranium mines flies in the face of all logical data, said Barry Sinervo, an evolutionary biologist at the University of Caifornia, Santa Cruz, who goes by the name of Dr. Lizardo.

For one, lizards, which are cold-blooded and seek warm spots to hang out, would have no incentive to venture deep into cold uranium mines, Sinervo told Live Science in an email. Sinervo’s past research has shown that lizards learn the location of toasty spots and then seek them out — the opposite of uranium-mine seeking.

As for one of the specific types of lizards mentioned by Firuzabadi, chameleons (which are lizards in the family called Chamaeleonidae) live in trees and therefore have no incentive to leave their home base on twigs to go crawling around on rocks in a uranium mine, Sinervo said.

“So, the claim, based on what we know about lizard learning and motivation, is absurd,” Sinervo said.

Of course, this is no proof. Those Zionists could have bred special spy chameleons, just like they have bred wild board that only attack Palestinian crops and they train sharks and birds and pufferfish and cows and sheep….