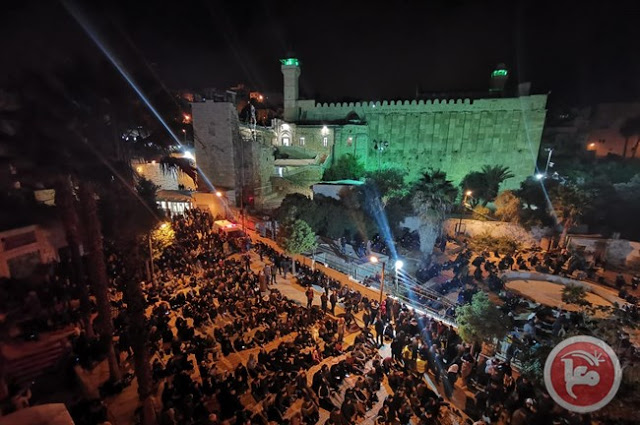 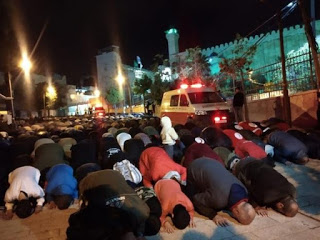 We have been told countless times how Muslims have to go through a gauntlet of oppressive checkpoints in Hebron. Entire NGOs are dedicated to documenting every incident and to harass Israeli soldiers.

Yet somehow, for the second Friday in a row, thousands of Muslims  have gone to the Tomb of the Patriarchs, the second holiest place in Judaism, to attend dawn prayers.

Hebron activists called on Muslims to come to the site in response to the tens of thousands of Jews who visited Hebron two weekends ago for Parashat Chayei Sarah.

There are no news stories about how Arabs couldn’t make it. On the contrary, children were encouraged to rise and pray there, with no worries about Israeli security forces attacking or hurting them. 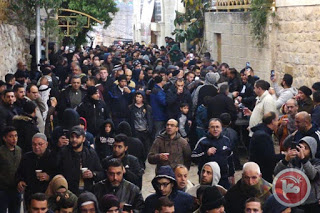 It is almost like all the news we hear from Hebron is twisted beyond belief.

Last Friday, an estimated 15,000 worshipers attended, which would mean that about 7% of the entire Hebron population went to the infamous H1 area.

Arab leaders freely admit this is a political action, not a religious one. The activists behind this gave it a military type name “The Great Dawn” to, as they said, “emphasize the Islamism of the mosque and protect it from Israeli ambitions.”

Campaign activist Muhannad al-Ja’bari said: “We are sounding the alarm. We must protect the mosque and not leave it alone.”

The head of the Muslim section of the Jewish holy space said “The mosque is purely Islamic, and there is no right for non-Muslims in it. “

Meanwhile, Saeb Erekat met with Christian pastors in the US and told them that the conflict was political, not religious.

This is only one proof that Palestinians disagree.