Fatah declared today, Wednesday to be a “Day of Rage.”

This is supposed to instill fear in the hearts of the dhimmis, who presumably forgot that the last “Days of Rage” were only a couple of months ago. Almost every Friday in May was a “day of rage”  in support of the prisoner hunger strike, an issue that faded so quickly it seems hard to remember how important Palestinians pretended it was.

It is important to realize that “Days of Rage” are not responses to events. To the contrary.

Palestinians are completely defined by honor and shame. They cannot communicate except in those terms. Arabic media is filled with words like “humiliation.” They are walking bundles of shame waiting for events to attach these “Days of Rage” to – because they want excuses to turn their shame into honor.

Their sense of self-worth is so pathetically poor that they look for excuses to start riots and to display rage to the world. They believe that by starting riots and causing Israeli security forces to deploy, they have achieved a tiny degree of honor. They are not as irrelevant as they fear  – they have caused mighty Israel to notice them. They matter.

Rage is the only reliable product Palestinians have.

Hamas and Islamic Jihad can hold a rally with tens of thousands of people for any reason. Fatah’s followers are not quite as fanatic, but give them an excuse to fight their shame, to show their rage, and they will come.

This is why this was never about metal detectors. Palestinians look at any Israeli display of control as evidence of their irrelevance, and there is nothing more shameful than being unimportant and impotent.

The reaction to such an affront is violence. Violent people are not impotent, they are doing something that makes it into newspapers and gets noticed by the world media. 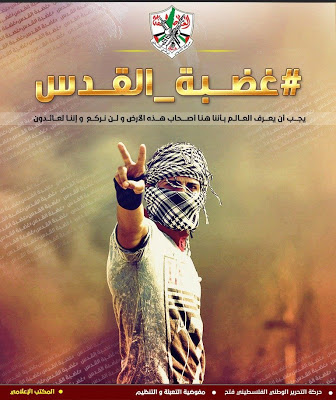 # The Rage of Jerusalem
The world must know that we here are the owners of this land, and that we won’t prostrate, and that we are returning

They are using  these hashtags to push this “Day of Rage.”

Of course, Al Aqsa is open to Muslims. If anyone is closing it, it is the Waqf.

So why aren’t any Muslims walking through the metal detectors to pray?

Because these daily, violent protests are really picket lines, and any Arab who dares to cross the picket line would be in danger!

Anyone defying the desire of the PA and the Waqf shows how irrelevant those groups are. Pretending to be important is a more important value to Palestinians than prayer at their supposedly holiest site in the region.

Palestinians are actively blocking Muslims from praying at their own holy site – and blaming Israel.

While on Sunday there were some Muslims who went through the metal detectors, since then I have not heard of any. Is it because, of the thousands that visit the site every day, not one thinks it is important enough to go to now?

Yet I cannot find any criticism of the Waqf and PA policy to intimidate every Muslim from going to the site.

This is not because 100% of all Israeli and Palestinian Muslims have decided to follow the Waqf instructions. It is because they are afraid of what could happen to them and their families if they even say they don’t agree.

Solidarity is a very important part of the shame culture, and if anyone breaks ranks that is a source of shame. People must self-censor out of fear.

Westerners don’t get how much that fear colors the interviews and even polls of Palestinians. They repeat what they think they are supposed to say; independent thinking is kept within.

Can you imagine for a moment that religious Jews in the 1930s would boycott the Kotel because the British didn’t allow them to blow the shofar there?