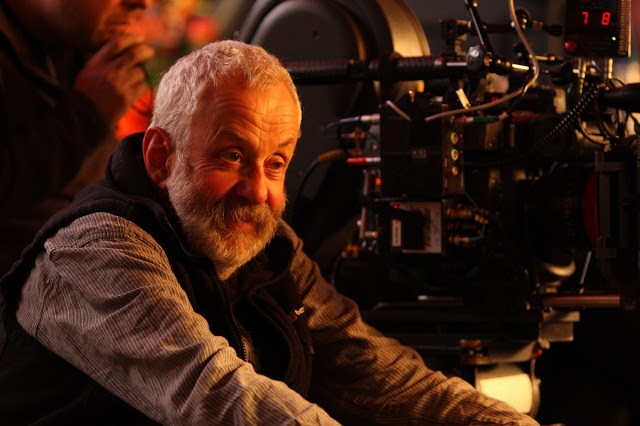 Artists for Palestine released this:

Film writer and director Mike Leigh has criticised Thom Yorke and Radiohead for ignoring Palestinian suffering, two days ahead of their controversial Israel gig.
Last week Radiohead front-man Yorke defended the band’s decision to play in Israel and ignore the Palestinian picket-line, arguing that music was about ‘crossing borders’ and ‘shared humanity’.
Today, Oscar nominated Leigh, who is in production for his forthcoming feature film ‘Peterloo’, issued the following statement via Artists for Palestine UK –


‘On Wednesday Radiohead will perform in a Tel Aviv stadium built over the ruins of the Palestinian village of Jarisha. It is a sad fact that Radiohead have failed to engage with Palestinians who have called for them not to play, and that Thom Yorke’s comments are devoid of any reference to Palestinians at all.As the lights go out in Gaza and Palestinian cancer patients die because they are denied travel permits by Israel, while a Palestinian poet in Israel lives under house arrest for a poem she wrote on Facebook, while a young circus performer from the West Bank languishes in administrative detention without charge or trial – Thom Yorke speaks loftily about ‘crossing borders’ and ‘freedom of expression’. One has to ask, freedom for whom exactly?’

Ah, another moral force for good and against Israel.

Except, as Sussex Friends for Israel noted, every single one of Leigh’s films created after the BDS movement was started has been released in Israel.

This follows Ken Loach’s similar hypocrisy as he scrambles to claim that his films being released in Israel over the years were all a mistake.

We reject the allegation that any of us have exempted ourselves from the cultural boycott. Our film I Daniel Blake was sold to Israel by our sales agent, and is showing there now.
We are in regular contact with the BDS movement and the issue of our films being shown there has never been raised. We will speak to them again now and seek their advice. We will guarantee that every penny from the sale of I Daniel Blake that comes to Sixteen Films or the sales company from the Israeli distributors will go to grassroots Palestinian organisations fighting oppression, after consultation with the BDS movement.

Suddenly, the BDS Movement has thrown out its own principles and ruled to their fanboy Loach that making money in Israel is OK – as long as the BDS Movement and other “grassroots” Palestinian organizations gain financially.

So Loach is no more hypocritical than the BDS Movement itself is!