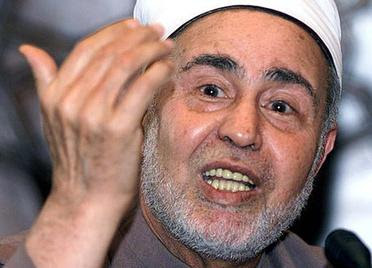 The subject of the thesis was the history of the Jews from the Exodus from Egypt to modern times.

Apparently, chapter 5 was about  “the grace of Allah on the children of Israel and their arrogant attitude towards him.”

For “balance,” chapter 6 is about how evil Jews are, where you can read about “examples of their corruption in the land through murder, assassination, espionage, provocation, wars and revolutions, including the fact that they provoked the two world wars, they the only ones who benefited from the abundant money behind them, and that the tripartite aggression against Egypt (in 1956) was theirs…

“They were behind the Communist Revolution in 1917, and took over the reins after its success. The Communist Office was composed of seventeen members, including fourteen Jews and three whose wives were Jewish.

“They are behind the establishment of the Masonic movement, as they spread vice.”

“Jews, without distinguishing between Judaism as a religion and between Zionism as a colonial political movement, are the most brilliant people in promoting principles, doctrines, philosophies and theories, which benefit them and harm others.

” Examples include Nietzsche’s philosophy which ridiculed virtuous morality, such as mercy and compassion, and called for the ethics of violence and contempt for values, which conforms to the evil Jewish spirit and its black history.

This is a major newspaper that just decided that their audience needed some additional Jew-hatred in their lives.  Tantawi is regarded as a major figure in modern Islam, so who is going to argue that he was a bigoted piece of trash?