TOP NEWS
http://elderofziyon.blogspot.com/2020/09/soas-professor-calls-israel-western.html
There is so much in this article from TheJC that typifies the new antisemitism. Read the whole thing. Some excerpts:

An academic from London University’s School of Oriental and African Studies (SOAS) has labelled Israel a “Western virus”.

Dr Haim Bresheeth, Professorial Research Associate at SOAS’s Centre of Global Media and Communication, also claimed the Holocaust was the “clincher argument” in Israel’s “presumed right over Palestine”.
During a debate held earlier this month on the “normalisation” of Israel, Dr Marwa Osma, a Lebanese commentator who has appeared on Iranian-backed Press TV, also called for support for “armed resistance” coupled with “international pressure” against what she said was “Zionist aggression.”
The two-hour long discussion was organised by the Islamic Human Rights Commission (IHRC) and included a contribution from the controversial charity’s chair Massoud Shadjareh.

He said there was “huge concern the way that there has been a policy of the Zionists to normalise themselves in all different arenas” – focusing particularly on inter-faith initiatives between the Jewish and Muslim community.
Condemning attempts to “normalise” Israel, Mr Shadareh said “the institution of interfaith was used as one of the tools for this and you know, you could ask yourself, you could look into it, why is it that all the Jewish organisations who are involved in interfaith are actually Zionists while we know there is a huge number of anti-Zionists, non-Zionists in the Jewish community and none of them are represented. “

Meanwhile Mick Napier, the former leader of the Scottish Palestinian Solidarity Campaign, claimed Israel was the world’s number one pariah state – and the mass media, including the BBC, were involved in a cover-up of its crimes. 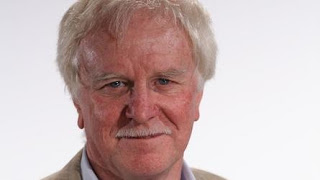 Dr Bresheeth, an associate member of the SOAS Centre for Palestinian Studies, suggested Zionism was “riding on the latent Islamophobia inherent in Christian society since the Crusades”.

He argued: “This form of Islamophobia has never disappeared from the West and explains the great centrality of Zionism to Western regimes”.
“Israeli presumed rights over Palestine are seen as, within Zionism, as exclusive and religious-based with the Holocaust deals at the clincher argument. This is very useful because no one seems to be able to say anything about this combination of, you know, Judeo-Christian and Holocaust arguments.”
Arguing that Zionism was the creation of Western Christians at the end of the nineteenth century, who used it to exert control over the Middle East, Dr Bresheeth said: “The West had conceived of Zionism as the bulwark of Western capitalism against Islam and the Arab world and used it to open the Middle East for western interests, and this is continuing.

“In this way Israel became the Western virus in the region during the Cold War,  developing its political outlook as a Western/US outpost in the near east – an agenda gradually adopted by the US, UK, Canada, Australia, apartheid South Africa, and most importantly the EU.”

Israel has a purpose even for these jokers. It is a means for them to publicly spout their hate for Jews while pretending that they are merely rabidly anti-Zionist.