In a historic move, the leader of the Muslim World League, a group based in Saudi Arabia, has condemned Holocaust denial as a “crime [that] distort[s] history and an insult to the dignity of those innocent souls who have perished.” But Dr Muhammad bin abdel-Kareem Al-Issa did not mention that Jews were the primary victims. United for Israel reports: 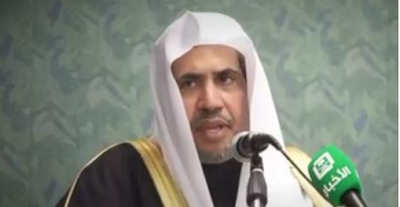 In a letter sent to the US Holocaust Memorial Museum last week, Dr. Muhammad bin abdel-Kareem Al-Issa, the secretary general of the Muslim World League, wrote that “history is indeed impartial no matter how hard forgers tried to tamper with or manipulate it.”

Al-Issa wrote the message, sent to museum director Sara Bloomfield, five days before International Holocaust Remembrance Day was marked on January 27.
Al-Issa also referred Holocaust denial as “an affront to us all since we share the same human soul and spiritual bonds.”

The cleric did not specify Jews as the principal victims of the Holocaust in his letter, but instead spoke of “this human tragedy perpetrated by evil Nazism” and “our great sympathy with the victims of the Holocaust, an incident that shook humanity to the core, and created an event whose horrors could not be denied or underrated by any fair-minded or peace-loving person.”