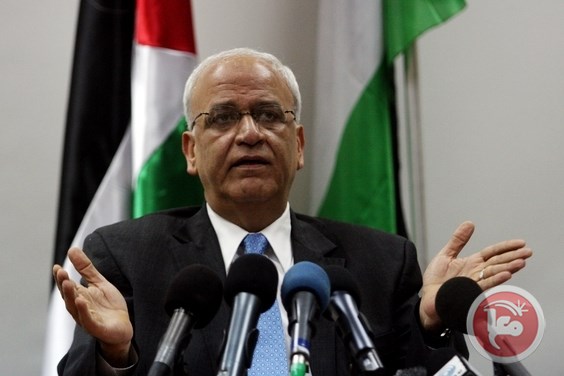 Saeb Erekat published an op-ed in the Washington Post where careful readers can see what the Palestinian Arab leadership really wants.

[M]illions of Palestinians [are] not allowed to return to live in their homeland because they are not Jewish.

If they are Palestinians, and if the PLO wants to accept a two-state solution with and Arab Palestine and Israel living side by side as they claim, then their homeland is the Palestinian Arab state, not Israel. Israel isn’t stopping anyone of Palestinian ancestry from moving to areas under PA control.

When Erekat is saying that Israel is their homeland, he is admitting than the PLO doesn’t really take the two state solution seriously, and that “Palestine” is only a stage to destroy Israel altogether. The PLO doesn’t want Palestinians to move to their own state, but to Israel – to destroy it demographically.

What other proud national entity explicitly demands that its people move elsewhere?

The irony is that this op-ed is meant to prove the opposite – that Israel is the party that is against the two-state solution, not “Palestine.” Erekat’s words, however, show the truth.

He writes both that “Next June will mark 50 years since the Israeli military occupation began in 1967″ and that “the Palestinians…have continuously suffered from Israeli settlements and its associated regime for more than half a century,”  Which is it – 49 years or more than 50?

This is not a typo – Erekat is saying that all of Israel is illegitimate, not just the “occupation.”

Erekat claims that the Palestinians “embrace the two-state solution” but in fact that is not the end game, as even his own words prove.

Much more about the op-ed at the Tayara Herzl site.