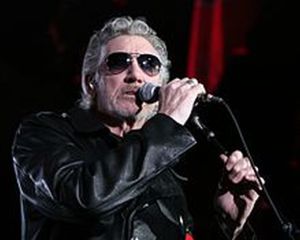 New York, September 12 – The publicists for a former Pink Floyd front man sought to downplay reports today that their client had made frequent trips on the private aircraft of a late sex-trafficking kingpin, insisting that he traveled on that airplane maybe half a dozen times at most.
Roger Waters only made five or six trips on Jeffrey Epstein’s private jet, tops, asserted Dane Brammidge to reporters Thursday, and that any talk of underage girls on the same flights remains pure speculation and fodder for a libel suit, at least until clear evidence emerges of same. Epstein committed suicide in his NY jail cell soon after his arrest on federal charges.
“Mr. Waters would like to assure the public in general, and his fans and activism allies in particular, that reports of his frequenting Jeffrey Epstein’s underage brothels are spurious, possibly slanderous, nonsense,” proclaimed Brammidge. “He took flights on the Epstein jet no more than, say, six times, but probably fewer, and any attempt to paint him as some sort of close friend of a sex-trafficker will be met by legal means.”
“These reports are probably the work of those who resent or oppose my client’s political activism and advocacy,” continued Brammidge. “I would not be surprised to discover that the regimes or groups whose vested interests Mr. Waters opposes in his efforts to secure human rights for the oppressed are behind the idea that he made more than like five or six flights like that, and they certainly cannot produce evidence that any alcohol or underage prostitutes played any part in that small handful of flights, at least not yet.”
Brammidge emphasized that Waters’s several trips on Epstein’s plane, which took place between 1990 and 2016, occurred as part of the musician’s ongoing advocacy for Palestinian rights. “It is cynical at the very least, and perhaps even sinister, to smear my client’s work in this manner. One can only wonder whether these allegations are part of a broader effort to tarnish the very causes for which he works so tirelessly, such as inflatable pigs with dollar signs and Jewish stars getting tossed around at his concerts.”
The spokesman also wondered aloud whether any such media follow-up has dogged Israeli politician Ehud Barak after the latter was photographed entering Epstein’s Upper East Side mansion, just a random thought, not for any special reason, even though of all the public figures he could have mentioned with documented or alleged ties to the deceased Epstein, he chose the one Israeli.