Arabic Egyptian news site Al Bidda is not happy with Netflix’ The Spy, about Eli Cohen.

Its criticisms are all over the place. For example, completely missing the point of the story, the article says “It is strange for a spy series, which is taken from the Israeli narrative of Cohen’s mission in Syria, that it embodies the story of a spy who ultimately failed and was arrested and executed in a public square in Syria after the discovery by Egyptian intelligence to trick him and inform their Syrian counterpart. “

I have not seen any story that credits Egyptian intelligence with having anything to do with Cohen’s capture.

But the real issue that Egyptians have with the series is the scene I highlighted earlier, which could not have lasted more than three seconds, showing Syrians making fun of Egypt’s president Nasser in posters on this wall. 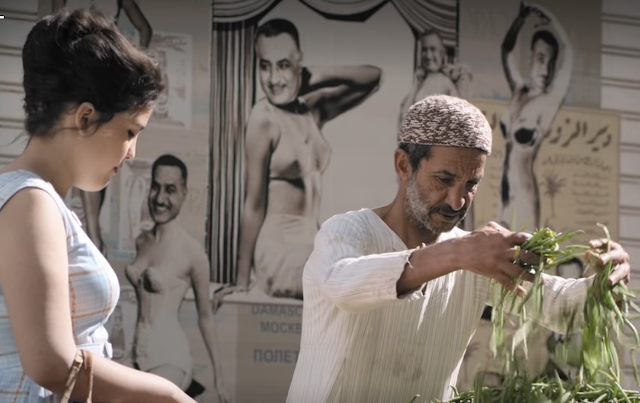 The author is convinced that Netflix made the entire series for that one scene, “insulting the symbols of the July (1952) Revolution.”


By presenting this “distorted” content, Netflix raised several questions, the most important of which are: Are the network’s officials trying to pass political agendas against Egypt and the Arab countries within a dramatic content?

Can you say “paranoid?”

From this review one would think that the series was about Egypt and not Syria and Israel.