An Israeli parliamentarian has called for the Iraqi-Jewish archives to be sent to the Babylonian Jewry Heritage Center at Or Yehuda, Israel. 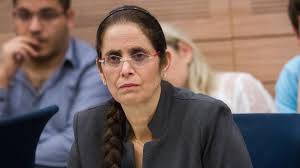 Knesset member  Dr. Anat Berko  sent a letter to Prime Minister Netanyahu and the Minister of Foreign Affairs, demanding that the Iraqi-Jewish archives not be returned to Iraq.

The move comes after the US State Department had confirmed that the Iraqi-Jewish archives would go back to Iraq about a year from now.  In 2003, the National Archives and Records administration had signed an agreement with the CPA, then Iraq’s government, promising that the waterlogged trove, seized from Jewish individuals and institutions and found in the basement of the Iraqi secret police headquarters, would go back to Iraq after restoration.

In her letter, MK Berko, who is playing an active part campaigning for Jewish refugees from Arab countries,  describes how her parents had to escape from Iraq as refugees, after they were stripped of their Iraqi citizenship and left destitute. She asks Netanyahu to put pressure on the American authorities to revoke their promise to return the Archives to Iraq.

Have you signed the petition yet?

Berko to Greenblatt: give us compensation