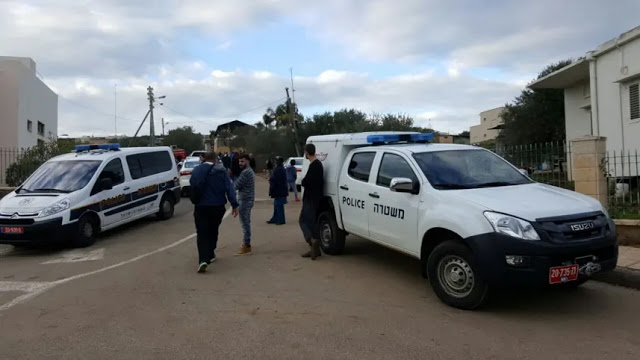 Israel Hayom adds chilling details to a report that was published yesterday:

The Ofer Military Court on Sunday indicted a Palestinian man for the aggravated rape, assault and kidnapping of a seven-year-old Jewish girl.

The suspect, a janitor at a school in the Binyamin region of Judea and Samaria, met the girl at the school and fostered a relationship with her by occasionally speaking to her and giving her candy.

On the day in question, the suspect took the girl by the hand and forcefully led her to a nearby house, where he brutally raped her. After the act, the suspect released the girl.

Attorney Haim Bleicher from the right-wing Honenu ‎legal aid organization, who represents the family, ‎issued a statement saying, “This was an exceedingly brutal and appalling incident, as other people were present [during the rape], apparently Palestinian laborers who humiliated the girl, degraded her and aided the suspect. It appears to be an act of pure hatred by a group of scum who flouted all human decency simply because the victim was Jewish.”

If more than one Arab was present, this changes from what could have been considered “only” a rape of a child into an entirely new level of depravity. It may have been a full blown, sick conspiracy and pre-planned antisemitic incident where Palestinian workers chose to aid the rape of a Jewish child because she was Jewish.

The indictment did not mention anyone else present, although there is no reason to doubt that the police are still investigating.

Imagine if a group of Jews had been accused of doing this to an Arab girl. The headlines would be screaming and the story would be front page of The New York Times. Left wing Jewish groups would be shouting about how they have nothing to do with such a crime. Amnesty and Human Rights Watch would be falling over themselves to push out press releases and tweets outdoing the other on how this is evidence of a sick Israeli society. (If the story was true, they would be right!)

But this event is mentioned just as another criminal case, and only in Israeli media. NGOs are silent.

As sick as it sounds, there is no doubt that part of the reason that the world media and NGOs will not talk about this story is because the child victim is a “settler,” and as such deserves no human rights.