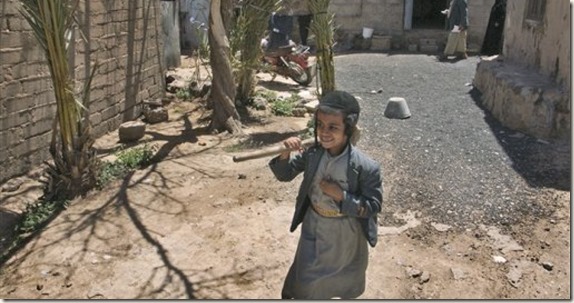 There are very few Jews left in Yemen as most of them have decided to leave in recent years because of the Yemeni civil war. As was reported in 2017:

Yemen’s information minister said his government is unaware of the fate of the country’s few dozen remaining Jews, most of whom reside in the Houthi rebel group-controlled capital of Sana’a, Israel Radio reported.

Speaking to an Israel Radio reporter on the sidelines of a conference on the civil war in Yemen in Paris, Moammer al-Iryani also said Saturday that the Houthis view the tiny remaining Jewish population as an enemy and are engaged in a campaign of ethnic cleansing that includes ridding Yemen of its Jewish community.

One of the tiny Jewish communities left is in Kharif, where things have been getting increasingly worse since at least 2007.

Now there is a report that even those that didn’t leave Kharif are in extreme danger.

Al Mesryoon reports that the pro-Iranian Shiite Houthi militia arrested the remaining Jews of the Kharif and imprisoned them simply for being Jews. The Houthis forced the Jews to sign over their properties for a nominal price and they are being pressured to leave Yemen.

The report says that previously the Houthis have cut off the supply of water and electricity to the Jews.

Hopefully the Jews really will be able to leave before something even worse happens to them.