Fifty years ago, the remaining few thousand Jews in Iraq endured a period of extreme anxiety and terror as nine innocent Jews were hanged in Liberation Square in Baghdad. Scores more disappeared. David Kheder Basson, chairman of the Academics from Iraq in Israel, drew up a list of the victims for the Arabic media Elaph and Akhbar, and posted the articles in English translation on Facebook. Here is an abridged version, combining Parts 1 and 11.

January 27, is a day with a painful memory for the Jews of Iraq. It is the day when 9 Jews were executed fifty years ago. Their bodies were hanged from the gallows in al-Tahrir Square in Baghdad and Um al-Broom in Basra. There was also a 10th victim whose father was Jewish.

In the first five years of the Baath regime (1968-1973), the remnants of the Jews of Iraq, numbering around 3000 people, were subjected to a vicious campaign of executions, killings, tortures, kidnapping and ad-hoc arrests, aside from discrimination and persecution.

In the autumn of 1968, a frenzied campaign against the Jews of Iraq began. Dozens of Iraqi Jews from all social classes and ages were arrested again. Some of them were accused of spying for Israel and subversion. The government carried out campaign of executions and physical liquidation in prisons. The Jews were helpless in a game that its real aim was to intimidate the Iraqi people and Baath opponents by picking the most vulnerable minority in Iraq, knowing that no one will dare to object or to voice protest.

The arrest campaign began in September 1968 when four Jews were arrested and disappeared without trace. Rumors started circulating that they were in Qasr Alnihaya (the Palace of the End) – a royal palace that was used as an infamous prison and where people were tortured and killed. Weeks later we heard that seventeen Jews from Basra had been arrested and brought to Baghdad on charges of spying for Israel; ten of them were students. The number increased over the next weeks to more than thirty people.

Most of the accused who were tried in Jan 1969 in a revolutionary court, headed by an army guy called Watwout, were tortured and had to confess that they were spies, except for Naji Zilkha, Charles Horesh, Zaki Zitou and Abdel-Hussain Nur Gita who refused to obey the instructions and insisted on their innocence despite the severe torture they were subjected to, according to the testimony of prisoners who were with them. The court appointed a defense lawyer who was apologetic that he had to defend spies instead of trying to show that the accusations were false and that confessions were made under torture.

After several hearings of the mock trials and trumped-up charges, 14 people were sentenced to death and were executed by hanging in the central prison in Baghdad on the night of 26 January. The bodies of eleven of the accused were hanged by the gallows in the morning of the 27th in al-Tahrir square in Baghdad and three in Um al-Broom square in Basra.

These are the names of those who have been executed (God bless their souls). Their dead bodies were hang and each one of them had a plaque with his name, profession and religion: 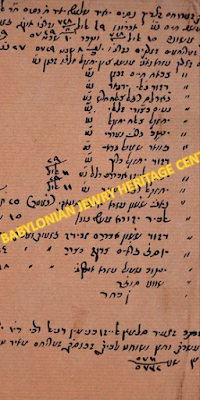 Handwritten list kept by Salman Dabby, cantor of the Meir Tweg synagogue, of those hanged in January 1969. Now at the Babylonian Jewry Heritage Center