Hen Mazzig has made his reputation as a champion of the rights of Mizrahi Jews. In this JNS News piece, he criticises Jewish academics in the West for ignoring or patronising Mizrahim. In this, he says, evoking Edward Said’s Orientalism, they are being ‘orientalist’. (However, it must be remembered that Said himself had little to say about Mizrahi Jews, let alone women or slaves. The western orientalists Said attacked often also harboured ‘orientalist’ antisemitic attitudes towards Jews living in the West. ) (With thanks: Imre, Carol) 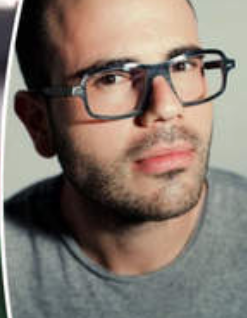 Yet for as much as my family has assimilated, these layers of my identity are triggered as I encounter the ideas held by some in the Western (mostly North American) Jewish communities.

By and large the articles, the Jewish publications, the speakers and the Jewish academics see “World Jewry” as an exclusively Western phenomenon. They gloss over the history of the Jewish people in the Middle East. To them, the Jewish world is centered in North America, with its origins in Europe. While they may see Israel and Jerusalem as their homeland, they present the Jewish community as belonging to the West. It seems they are the only ones who really matter.

My story—the story of almost a million Jews from the Middle East and Africa—is often ignored, or looked down on in a way that mimics a post-colonial approach.

Although some scholars have begun to realize the diversity of our global Jewish community, the main voices, as well as the majority of ideas espoused by English-speaking Jews, are still centered in the European/North American hegemony. Discourses on the meaning of Judaism, Jewish peoplehood, Israel and the Middle East seem to come from a naturally superior standpoint: that of the Westerner.

It is as if knowledge about Middle Eastern and African Jewish communities is generated not from facts, but from paternalistic tendencies. Preconceived archetypes envision all the Jews of the East as fundamentally similar to one another and alien to the Western Jewish community.

While I disagree with much of Edward Said’s writings, his descriptions of “Orientalists” remain accurate.< According to Said, these are people who study the East, but not purely as scholars attempting to understand other cultures. Intermingled with their scholarly pursuits are self-serving political biases that undermine the actual needs of the Middle Eastern communities they study.

Orientalism converted the “Orient” into a legitimate academic field, about which the West invented facts. According to Said, these thinkers and scholars were politically driven. Through their discussions of the Middle East, they fashioned themselves into the self-appointed representatives of the Orient.

They actively misrepresented the Middle East and its people, creating stereotypes and perpetuating false characteristics. The global Jewish community is diverse and multicultural. In Israel alone, more than 60 percent of us are descendants of Middle Eastern and African Jews.

Regardless of our origins, we should be united in the constant struggle for global equality and against anti-Semitism. But we must also remember that the Jewish world is centered in the East.

It is in the East that the Jewish people began, and where today, in Israel, our peoplehood is maintained and continues to blossom.

More Jewish writers and thinkers need to understand this key fact, and reorient their scholarship with it in mind. The rich history of Eastern Jews should not be nullified by the superficial biases of Western scholars.